In an overall analysis, Jaitley mentioned that it would not be wrong to say India has moved on to a much cleaner, transparent and honest financial system post demonetisation. 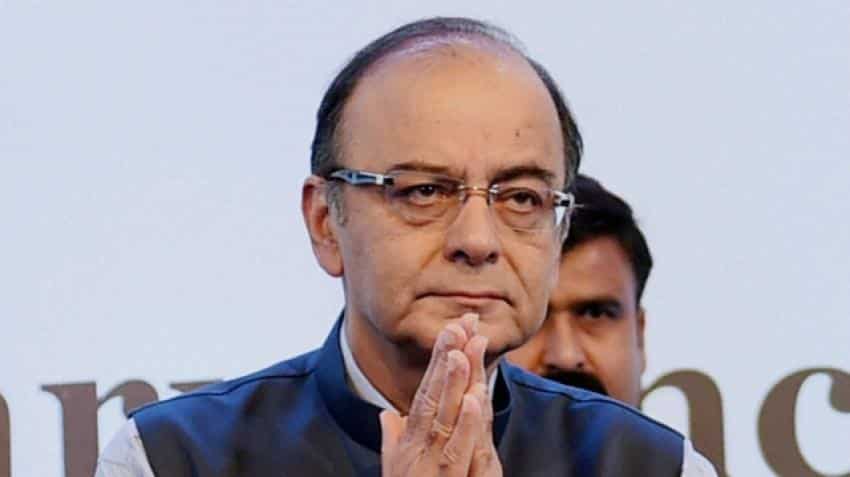 Jaitley published an article titled as "A Year After Demonetisation" on his Facebook page - talking on various sections of Indian economy post noteban.

Here's full text of Jaitley from his Facebook page:

November 8, 2016 would be remembered as a watershed moment in the history of Indian economy.  This day signifies the resolve of this Government to cure the country from “dreaded disease of black money”.  We, the Indians, were forced to live with this attitude of “chalta hai” with respect to corruption and black money and the brunt of this attitude was faced particularly by the middle class and lower strata of society.  It was a hidden urge of the larger section of our society for a long period to root out the curse of corruption and black money; and it was this urge which manifested in the verdict of people in May 2014.

Immediately after taking up responsibility in May 2014, this Government decided to fulfil the wish of the people in tackling the menace of black money by constituting SIT on black money.  Our country is aware that how even a direction from the Supreme Court on this issue was ignored by the then Government for number of years.  Another example of lack of will to fight against black money was the delay of 28 years in implementation of Benami Property Act.

This Government took decisions and implemented the earlier provisions of law in a well-considered and planned manner over three years to meet the objective of fight against black money.  These decisions span from setting up of SIT to passing of necessary laws for foreign assets to demonetisation and to implementation of GST.

When the country is participating in “Anti-Black Money Day”, a debate was started that whether the entire exercise of demonetisation has served any intended purpose.  This narrative attempts to bring out positive outcomes of demonetization in short-term and medium-term with respect to stated objectives.

Why should we remove excess currency from the system?  Why should we curtail cash transactions?  It is common knowledge that cash is anonymous.  When demonetization was implemented, one of the intended objectives was to put identity on the cash holdings in the economy.  With the return of Rs.15.28 lakh crore in the formal banking system, almost entire cash holding of the economy now has an address.  It is no more anonymous.  From this inflow, the amount involving suspicious transactions based on various estimates ranges from Rs.1.6 lakh crore to Rs.1.7 lakh crore.  Now it is with the tax administration and other enforcement agencies to use big data analytics and crack down on suspicious transactions.

Based on big data analytics, cash seizure by Income Tax Department has more than doubled in 2016-17 when compared to 2015-16; during search and seizure by the Department Rs.15,497 crore of undisclosed income has been admitted which is 38% higher than the undisclosed amount admitted during 2015-16; and undisclosed income detected during surveys in 2016-17 is Rs.13,716 crore which is 41% higher than the detection made in 2015-16.

Undisclosed income admitted and undisclosed income detected taken together amounts to Rs.29,213 crore; which is close to 18% of the amount involved in suspicious transactions.  This process will gain momentum under “Operation Clean Money” launched on January 31, 2017.

With increase in tax base and bringing back undisclosed income into the formal economy, the amount of Advance Tax paid by non-corporate tax payers during the current year has also increased by about 42% during 1st April to 5th August.

The leads gathered due to data collected during demonetisation period have led to identification of 2.97 lakh suspect shell companies.  After issuance of statutory notices to these companies and following due process under the law, 2.24 lakh companies have been de-registered from the books of Registrar of Companies.

Further actions were taken under the law to stop operation of bank accounts of these struck off companies.  Actions are also being taken for freezing their bank accounts and debarring their directors from being on board of any company.  In the initial analysis of bank accounts of such companies following information has come out which are worth mentioning:

Simultaneously, Income Tax Department has taken action against more than 1150 shell companies which were used as conduits by over 22,000 beneficiaries to launder more than Rs.13,300 crore.

Post demonetization, SEBI has introduced a Graded Surveillance Measure in stock exchanges.  This measure has been introduced in over 800 securities by the exchanges.  Inactive and suspended companies many a time are used as harbours of manipulative minds.  In order to ensure that such suspicious companies do not languish in the exchanges, over 450 such companies have been delisted and demat accounts of their promoters have been frozen; they have also been barred to be directors of listed companies.  Around 800 companies listed on erstwhile regional exchanges are not traceable and a process has been initiated to declare them as vanishing companies.

Demonetization appears to have led to an acceleration in the financialisation of savings.  In parallel, there is a shift towards greater formalisation of the economy in the near term aided by the introduction of Good and Services Tax (GST).  Some of the parameters indicating such shift are given below:

With a shift to less cash economy, India has taken a big leap in digital payment during 2016-17.  Some of the trends are given below:

With higher level of formalisation, it has brought out related benefits to workers who were denied of social security benefits in the form of EPF contribution, subscription to ESIC facilities and payments of wages in their bank accounts.  Large increase in opening of bank accounts for workers, enrolment in EPF and ESIC are added benefits of demonetisation.

More than 1 crore workers were added to EPF and ESIC system post-demonetisation which was almost 30% of existing beneficiaries.  Bank accounts were opened for about 50 lakh workers to get their wages credited in their accounts.  Necessary amendment in Payment of Wages Act was done to facilitate this.

The reduction in incidences of stone pelting, protests in J&K and naxal activities in LWE affected districts are also attributed to the impact of demonetisation as these miscreants have run out of cash.  Their access to Fake Indian Currency Note (FICN) was also restricted.  During 2016-17, the detection of FICN for Rs.1000 denomination increased from 1.43 lakh pieces to 2.56 lakh pieces.

In an overall analysis, it would not be wrong to say that country has moved on to a much cleaner, transparent and honest financial system.  Benefits of these may not yet be visible to some people.  The next generation will view post November, 2016 national economic development with a great sense of pride as it has provided them a fair and honest system to live in.