The government is working on an integrated gold policy, which is expected to be released soon, to promote growth of the yellow metal industry and exports of jewellery. 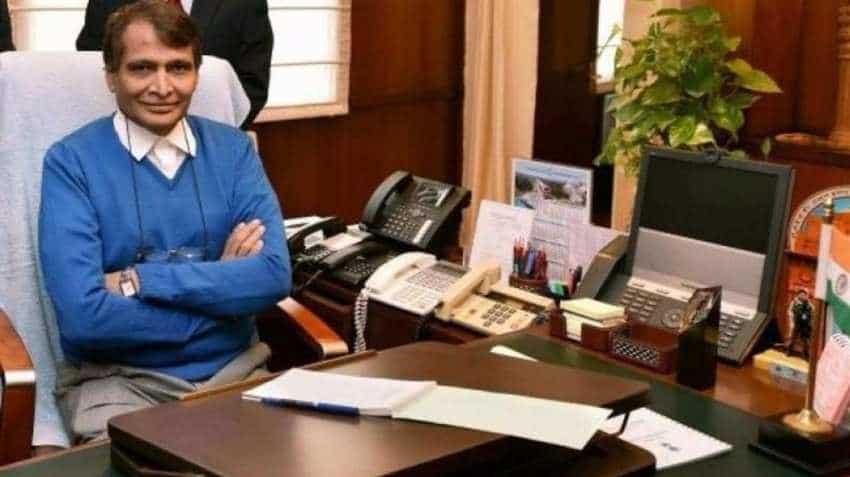 The government is working on an integrated gold policy, which is expected to be released soon, to promote growth of the yellow metal industry and exports of jewellery. Source:
Written By: PTI
RELATED NEWS

The government is working on an integrated gold policy, which is expected to be released soon, to promote growth of the yellow metal industry and exports of jewellery, Commerce and Industry Minister Suresh Prabhu said.

"We are pushing for it (gold policy) as we need an integrated policy. In the next few days, we will have a meeting of all concerned people to frame the policy on an expeditious basis. We are looking at all elements of gold in the policy," Prabhu told PTI.

The minister said that currently, there is no such policy despite the fact that India is the largest consumer and importer of gold. India has the potential to become a "good exporter of value-added gold", he added.

The policy is likely to focus on promoting the domestic gold industry and exports of gems and jewellery, which contribute about 15 per cent to the total merchandise outbound shipments. In February, Finance Minister Arun Jaitley announced formulation of a comprehensive gold policy to develop gold as an asset class.

Government think-tank Niti Aayog in August suggested the government to bring down import duty on gold from the existing 10 per cent and also asked to slash the GST rate on the precious metal from the current 3 per cent.

It also recommended to review and revamp the gold monetisation and the sovereign gold bond schemes, besides setting up a gold board and bullion exchanges across the country to have greater financialisation of the yellow metal.

It also suggested exemption of 3 per cent integrated goods and service tax (IGST) to be paid by exporters in line with customs duty with a provision of bank guarantee. To promote exports, the Gem and Jewellery Export Promotion Council (GJEPC) has asked for the government support in terms of increasing incentives under the Merchandise Exports from India Scheme (MEIS).

Under MEIS, the government provides duty benefits depending on product and country. Rewards under the scheme are payable as percentage of realised free-on-board value, and the MEIS duty credit scrip can be transferred or used for the payment of a number of duties including the basic customs duty.