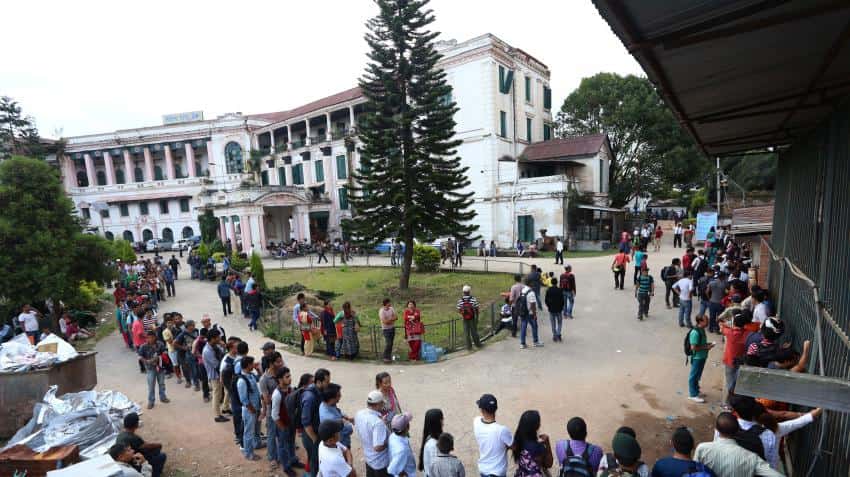 "As reported by the banking institutions licensed by us, they have held banned IC notes worth Rs 35 million as of Thursday," said Narayan Poudel, spokesperson of Nepal Rastra Bank (NRB), adding that the amount could cross Rs 40 million ($599,700) once remaining a few banking institutions send their details about the stock of such notes.

However, Nepalese central bank believes that the traders and general public living in bordering areas with India as well as Nepalese migrant workers who had returned from India might have held huge amount of these notes, Xinhua news agency reported.

The IC notes denominated upto Rs 100  has long been freely exchangeable in Nepal.

After India allowed Nepal to use of Indian currency (IC) notes of Rs 500 and Rs 1,000 last year, the Himalayan nation had allowed Nepalese migrant workers and Indian nationals to carry such notes upto Rs 25,000 in Nepal.

Sudden Indian decision of banning the use of these notes left shockwaves across Nepal's banking sector as well as people around the bordering areas and migrant workers` families. Officials of NRB and Nepalese banks said that they were getting constant inquiries from people whether the IC notes held by them would be exchanged.

ALSO READ: Everything you need to know about PM Modi's historic announcement

"We have written the RBI for making exchange of legally available stock of such Indian currency (IC) notes in Nepal," said Basudev Adhikari, director of foreign exchange management department at NRB.

"We have also written to Nepal`s Finance Ministry for making diplomatic initiative with India for settling the issue."