Narendra Modi speech LIVE: Prime Minister Narendra Modi in his address to the nation on Wednesday said that India has attained anti-satellite capability, becoming the fourth such country in the world. He said that the mission was completed within 3 minutes and destroyed a low-earth orbiting satellite some 300 km away in the sky. 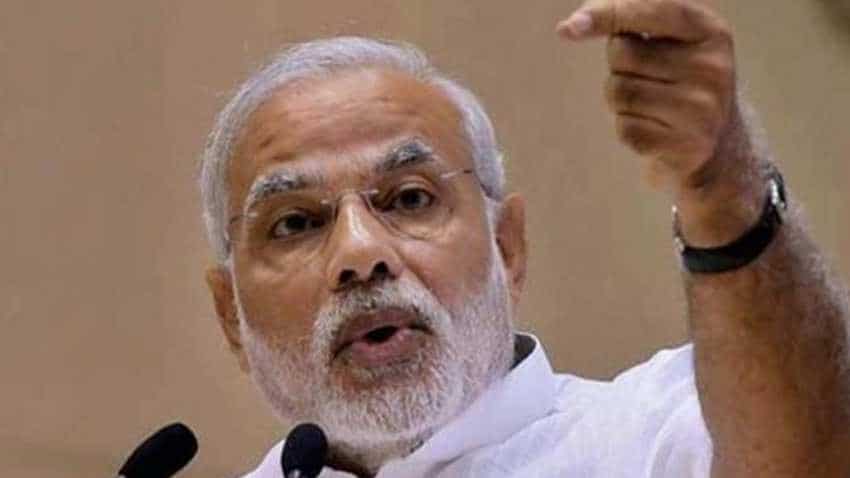 Narendra Modi speech LIVE: Prime Minister Narendra Modi in his address to the nation on Wednesday said that India has attained anti-satellite capability, becoming the fourth such country in the world. He said that the mission was completed within 3 minutes and destroyed a low-earth orbiting satellite some 300 km away in the sky. PM Modi said that now India have enough satellites that are contributing in various segments such as agriculture, disaster management, communication, weather, navigation etc. He said that it is important for India to progress and be ready for the future. Earlier in the day, he had tweeted, "I would be addressing the nation at around 11:45 AM - 12.00 noon with an important message. Do watch the address on television, radio or social media."

The address comes two weeks ahead of first phase of Lok Sabha elections. The seven-phased elections are set to begin on April 11 and will end on May 19. Counting of votes is set to take place on May 23. PM Modi is set to begin a new phase of campaigning for the Lok Sabha elections in Jammu and Kashmir, Uttarakhand and Western Uttar Pradesh on Thursday. He will address a massive rally at Meerut, aimed at garnering public support for the BJP in eight seats across western Uttar Pradesh.

12:58 pm: Notably, this is the first time when India has used an anti-satellite missile and shot down a live satellite 300 km in space.

12:50 pm: Union Minister Nitin Gadkari has congratulated the scientists for carrying out "Mission Shakti" successfully. "India is moving fast towards becoming a world leader, & under PM Modi's leadership, it is on its way to not only become a 'super economic power', but also a 'super science power'," he said.

12:42 pm: "Today is 27th March. A while ago, India achieved a historic feat. India today registered itself as a space power. Till now, 3 countries of the world- America, Russia, & China had this achievement. India is the 4th country to have achieved this feat," PM Modi said.

#MissionShakti is special for 2 reasons:
(1) India is only the 4th country to acquire such a specialised & modern capability.
(2) Entire effort is indigenous.
India stands tall as a space power!
It will make India stronger, even more secure and will further peace and harmony.

12:32 pm: PM Modi said that now India have enough satellites that are contributing in various segments such as agriculture, disaster management, communication, weather, navigation etc. He said that it is important for India to progress and be ready for the future. With this test, India has become the fourth nation in the world to be a Space Superpower.

12:28 pm: PM Modi has started his speech. He says, "India has entered its name as an elite space power. An anti-satellite weapon A-SAT, successfully targeted a live satellite on a low earth orbit."  'He said Mission Shakti' operation was a difficult target to achieve which was completed successfully within three minutes of launch. He said that the operation needed high technical knowledge and India should be proud.

12:24 pm: The nation is eagerly waiting for Narendra Modi's address but so would be the Election Commission. It would keep an eye on the address to make sure that it doesn't violate the Model Code of Conduct. With the MCC in force, PM Modi cannot make any announcements or take policy decisions.

12:20 pm: News agency ANI reports reports that the address will begin in around eight minutes. This is the latest update we have. The PM could start the address anytime now. Stay tuned for more updates.

12:13 pm: The prime minister has urged people to listen to his address through radio and social media platforms. This again hints that it could be an important message. But, with model code of conduct in place, he is unlikely to make a major announcement.

12:10 pm: The address also comes days after Congress promised income guarantee of ₹6,000 per month to 50 million “poor" families if voted to power. On Monday, Congress president Rahul Gandhi said that the proposed Nyay scheme aims to provide ₹72,000 annually to 20% of the poorest families.

12:04 pm: People have already started reacting to the possble address by prime minister Narendra Modi. Former Jammu and Kashmir chief minister, in a tweet, took a jibe at the prime minister by saying that he may announce the results of Lok Sabha elections.

He’s declaring the results of the Lok Sabha elections. #JustSaying

12:01 pm: One could only speculate what the prime minister will talk about. There is still no clarity about his address. However, his tweet makes it clear that it is something important.

11:45 am: Apart from the rally in Meerut, PM Modi is set to headline an electoral event in Uttarakhand's Rudrapur on Thursday. Earlier, he had addressed a rally in the same town through mobile phone on February 14, launching schemes worth Rs. 3,400 crore to boost the state's cooperative sector.

11:40 am: Here is what Prime Minister Narendra Modi tweeted:

Do watch the address on television, radio or social media.

Last time PM Modi held a sudden address, he announced the demonetisation of all Rs 500 and Rs 1000 banknotes of the Mahatma Gandhi Series. He also announced the issuance of new Rs 500 and Rs 2000 banknotes in exchange for the demonetised banknotes. The decision was taken by the government to curtail the shadow economy and reduce the use of illicit and counterfeit cash to fund illegal activity and terrorism.

Now, this state to hike petrol, diesel prices from June 1