Unemployed? These sectors hold future jobs; get ready now or fall by wayside 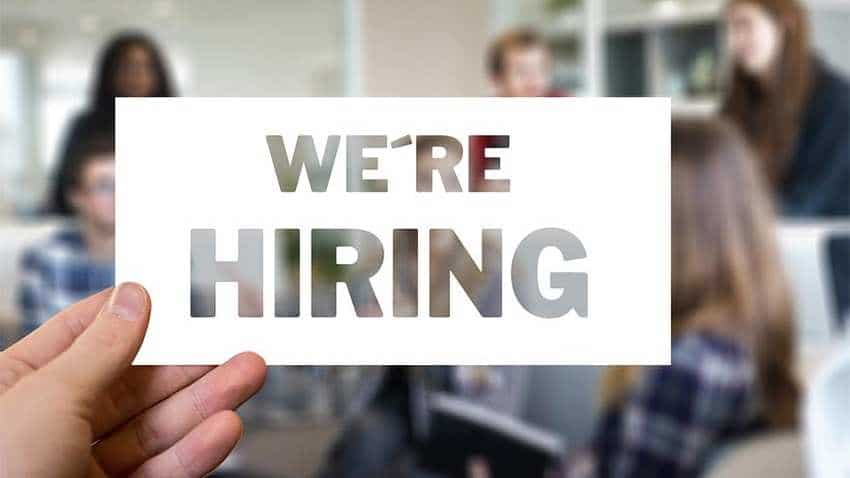 The Narendra Modi government is in its fifth year and the country is nearing 17th Lok Sabha polls with Opposition training its guns on the PM over his promise to generate copious amounts of employment. Modi, during a rally in Agra on November 22, 2013, had said that the BJP, if voted to power, would generate one crore jobs. The statement has been acting as a crucial weapon for Opposition against the government.

‘State Of Working in India’ – a recent report by Azim Premji University’s Centre for Sustainable Employment has stated that the Indian ‘economy still needs to generate 16 million new jobs annually to accommodate surplus workers and reach the ‘Lewis Turning Point’ in 15 years. This consists of around eight million new entrants every year’.

The report claimed ‘far from generating the required employment, the economy may have experienced a net destruction of jobs between 2013 and 2017. More recent data from private sources show that the absolute decline has continued past 2015.’

However, there are some sectors which are growing and can solve India’s job woes. Take a look:

E-commerce
According to Debjani Ghosh, President NASSCOM, “The e-commerce sector has been contributing to various macroeconomic growth parameters, evangelising local businesses and customers. In the next five years, the sector has the potential to create a million jobs in allied industries such as logistics, warehousing, etc.”

A NASSCOM report decoded the segment-wise job creation possibilities in the sector:

* Among the 0.65 million core jobs, retail-oriented jobs (such as category management, merchandising) will be key.

* Around 0.1 million core jobs will focus on e-commerce technology, such as algorithms and the development of interfaces.

* These technology-oriented core jobs will also include the need for digital (social, mobile, analytics and cloud [SMAC]) skills.

* Support functions such as customer care, HR and finance are expected to grow as well; however, their growth may not be on par with other segments due to advances in AI and the scaling up/consolidation of businesses.

* Within ancillary jobs, e-logistics is expected to be the largest segment, creating more than 0.3 million jobs. Delivery / last mile delivery will contribute to approximately two-thirds of the jobs as e-commerce grows beyond Indian metros.

Automation and AI
As per World Economic Forum's (WEF) recent report, Developments of machines and automation software in the workplace could create 58 million more new jobs in the next five years than they destroy by 2022. Robotics and machine are expected to perform about 42 percent of all current tasks in the workplace by 2022, compared to only 29 percent now, according to firms surveyed by WEF. Humans are expected to work an average of 58 per cent of task hours by 2022, down from the current task hours of 71 per cent. The outlook is also positive for Indian sectors as well.

Newer technologies are already transforming the jobs market. The demand for professionals in emerging fields such as AI, digital marketing, data analytics, and machine learning is shooting through the roof.

“While India’s rapid pace of technological adoption makes any market-specific predictions extremely unreliable, it is certain that technologies like AI and automation will create more – and better – job opportunities for Indian professionals. Availing those opportunities, however, will require large-scale upskilling and reskilling of the country’s entire workforce,” said Zairus Master, CEO, Shine.com.

Merger and Acquisition Deals
M&A activity is likely to be at unparalleled levels in the next five years on the back of (i) increased activity around resolution of distressed assets (ii) Increased need for scale driving consolidation across various industries and (iii) Need to provide exits to private equity investors will cause many businesses to look to be acquired. Then, won’t it be curtailing jobs?

“While the fear with M&A activity is that it will lead to job losses and this may be true in the immediate term, the more important long-term impact of M&A activity is positive on the economy and job creation since it causes businesses to become stronger. Also, M&A activity which leads to healthy exits for investors will in turn cause buoyancy in the investment environment which will fuel more growth and job creation ultimately,” said Dev Raman, Managing Partner, Lastaki Advisors.