Key to new Narendra Modi Cabinet 2019: Here's what it may take for the prized portfolio 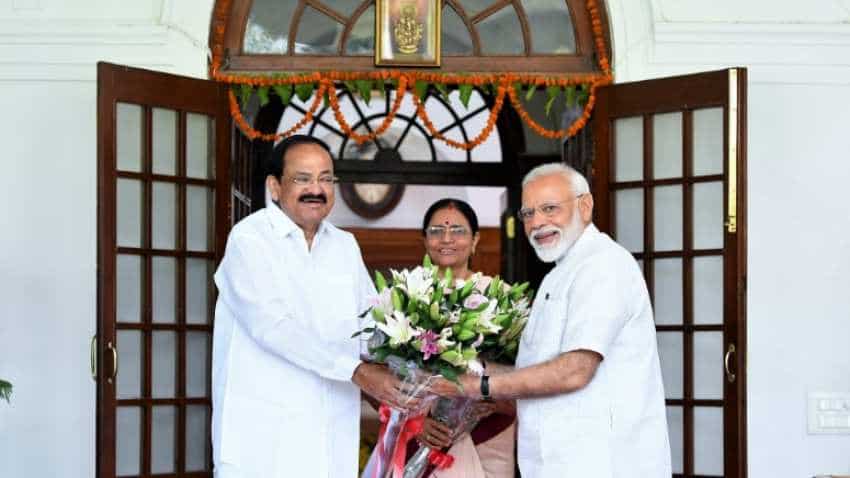 Narendra Modi Cabinet 2019: Prime Minister-elect Narendra Modi on Saturday hinted about his action plan for selecting members of his new cabinet. Modi cautioned newly elected members against making any guess on the composition of the cabinet in the new government. The PM-elect made it clear that those picked for the prized berth in the Union Cabinet would have to have earned the responsibility. They won't be selected on the basis of mere newspaper reports. "Several Narendra Modis have been born in this country and they have already constituted the council of ministers," Modi said, adding, "All those who have won are mine. The government will be constituted by only those who have earned the responsibility. Ministers are neither appointed nor shunted because of newspapers reports."

If performance becomes the main criteria, as PM-elect hinted, several ministers in the previous government led by him may fail to qualify. Also, some of the high performers, who focussed on work and not the limelight, may be picked again. These include External Affairs Minister Sushma Swaraj, Defence Minister Nirmala Sitharaman, Railway Minister Piyush Goyal, Aviation Minister Suresh Prabhu and Law Minister Ravi Shankar Prasad. Better portfolios can also be expected for General VK Singh and Jayant Sinha.

DNA reports there is a strong possibility that the prime minister-elect may drop minsters like Sakshi Maharaj and Giriraj Singh, who made news in the previous government for their strong anti-minority views.

News agency IANS today reported sources as saying that agricultural economist Ashok Gulati may be the surprise pick for the Agriculture Minister post. Gulati is a former chairman of the Commission for Agricultural Costs and Prices (CACP), the government`s advisory body on food supplies and pricing policies. He is said to be instrumental in hiking minimum support price of several food grains.

Gulati was also assigned responsibility to advise the government on pricing policies of 23 agri-commodities. Currently, he is Infosys chair professor for Agriculture at the Indian Council for Research on International Economic Relations (ICRIER). He is also a member of the Task Force on Agriculture set by the Prime Minister under the NITI Aayog and the Chairman of the Expert Group on Agriculture Market Reforms.

PM Narendra Modi to visit Nepal briefly on May 16; to go to Gautam Buddha's birthplace Lumbini