PM highlighted the fact that his was a pro-investment government and offered stability plus a huge market that India really was and it ability to absorb FDI in India and provide returns. 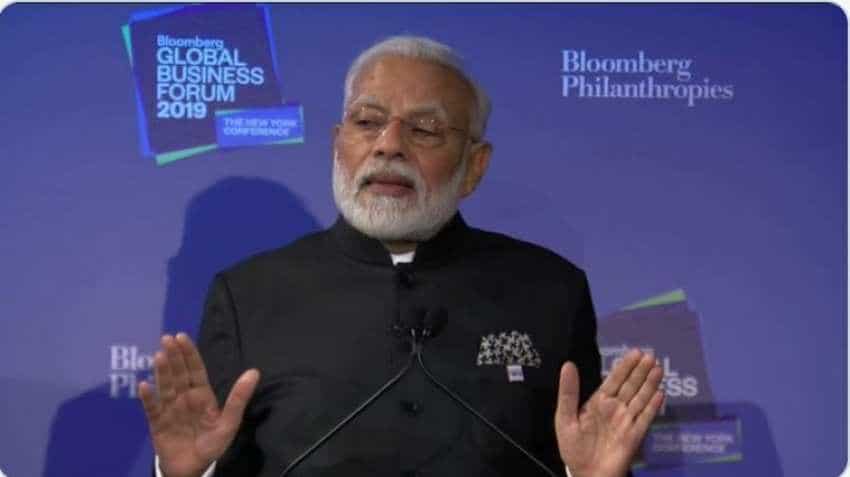 PM Narendra Modi's address to the American investors at Bloomberg Business Forum 2019 was the first time the he was meeting investors post-corporate tax rate cuts announcement last Friday. The Prime Minister charted out the various steps that his government has taken to ensure greater ease of doing business in India. PM highlighted the fact that his was a pro-investment government and offered stability plus a huge market that India really was and it ability to absorb FDI in India and provide returns.

Suveer Chainani, CEO- Institutional Clients Group, Emkay Global Financial Services said, "Asian countries like Thailand & Vietnam have attracted FDI in manufacturing by charging only 10 per cent corporate tax for units relocating from China, Taiwan etc. Because of this, these countries saw a big surge in FDI. Up until now, India didn’t have any such special treatment and used to charge the same and high corporate tax of around 35 per cent. The tax delta (The FDI Deterrent) was 35-10 = 25 per cent. Now, the tax delta is reduced to 15-10 = 5 per cent. This should help in attracting FDI in Manufacturing, especially now when the Asian supply chains are getting re-configured. Of course, we would need other reforms in Labour, Law & Infrastructure to support. This will play out over the medium term, but will be a big catalyst for India as it will lead to the much-required capex cycle revival & high-quality job creation."

According to Dr. Arun Singh,  “The slowdown (in global economy) is real and there is ‘need’ to be cautious, but it is ‘too early’ to press the panic button. Looking at the GDP data, we can infer that the magnitude of the slowdown is not as deep as was witnessed during the global financial crisis in 2009 and the debt crisis in 2012. The loss of momentum in the investment demand, is, however, worrying. Low business optimism, low returns on investment by the corporate and increase in inefficiency in capital employed, indicated by increasing incremental capital-output (ICOR) ratio raises concerns over the pace of revival in investment. The spate of measures taken by the government including reducing the corporate tax rates is expected to revive the corporate sentiment and provide an impetus to the corporate to kick-start their capex plans. Taking stock of the various ongoing and emerging challenges, globally and domestically, it is highly likely that the slowdown that will last longer than expected earlier. We expect the economy to start recovering from late FY20, as the funding constraints ease further with the RBI’s recent measures to strengthen the transmission channels and the stimulus measures taken to address the current issues from both short term and long-term."