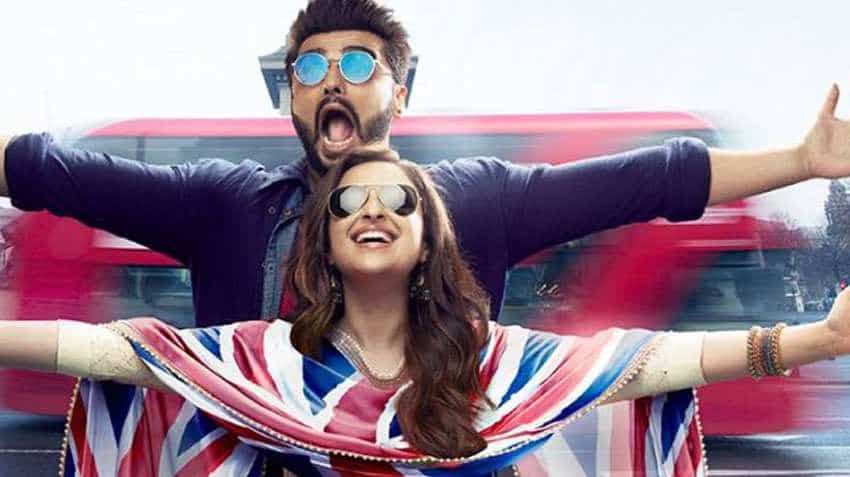 Namaste England Box Office collection: This Arjun Kapoor and Parineeti Chopra movie has failed to please the audience and has proved to be a disaster. Image source: Facebook
Written By: ZeeBiz WebTeam
RELATED NEWS

Namaste England Box Office collection: This Arjun Kapoor and Parineeti Chopra movie has failed to please the audience and has proved to be a disaster. The film could not create a buzz prior to release, but it was not expected that the weekend collections would be merely around Rs 6.55 crore. The latest Bollywood film has bitten the dust even though it had four days at its disposal - it released on Thursday and had the benefit of the extended weekend.

According to the report, the film's performance confirms that the audience is just not interested in it. This has however made movie buffs wonder as to how a major film with Arjun Kapoor and Parineeti Chopra in lead roles could meet this fate. The Vipul Shah directed film has largely been ignored by the audience. It is now being wondered whether the film would be able to complete a week at the Box Office as it has failed to see footfalls in movie theatres.

According to reports, Namaste England earned about Rs 1 cr on Thursday, Rs 2 cr on Friday and Rs 1.5 cr on Saturday, taking the total box office collection to Rs 5.25 cr in the three days.

On the other hand, Badhaai Ho is busy smashing records. The Ayushmann Khurrana starrer is expected to find all-around traction and reports says the box office collection may further increase during the weekdays too. The film would soon see a digital and satellite premium too and one wonders how the date would be there, said the report.