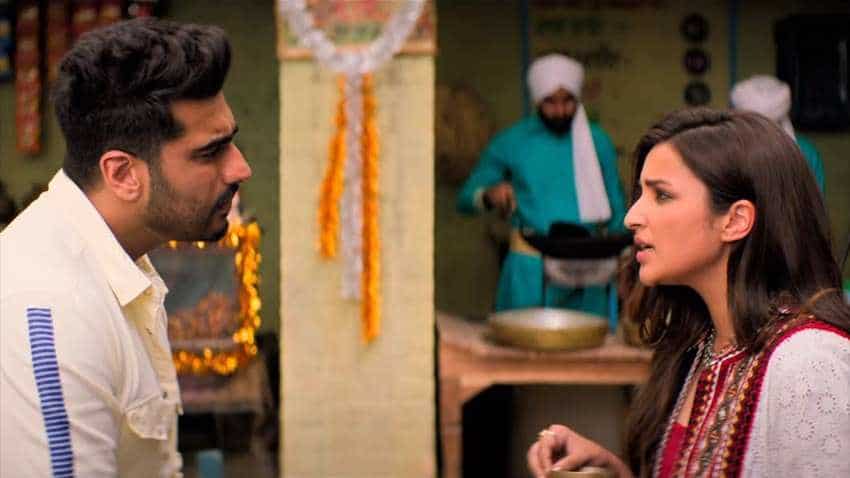 Namaste England Box Office Collection: The Arjun Kapoor and Parineeti Chopra starrer has failed to impress the film critics and analysts. The film has mostly been awarded one to two star ratings. This is despite the fact that two of the top Bollywood actors are present in the movie. Namaste England is a Vipul Shah production.

However, the industry is hopeful that the movie may bag around Rs 6 crore on opening day. Even if the film manages to open with around 10 per cent occupancy, it may earn around Rs 3 crore, analysts say. But there is much talk of doomsday for Namaste England movie too!

"#NamasteEngland reports are DISASTROUS, not able to develop courage within myself to watch this film," said film critic and trade analyst Sumit Kadel.

#NamasteEngland reports are DISASTROUS, not able to develop courage within myself to watch this film.

Shilpa Jamkhandikar, in her review of the film for Reuters, said that the film becomes worse as it progresses.

"Nothing about “Namaste England” is redeemable. This is 135 minutes of mediocrity that you would do well to avoid," she said.

Having said that, Namaste England is looking to take advantage of Dussehra holiday. The film actually released on Thursday.

The movie is a story of Param (Arjun Kapoor) and Jasmeet (Parineeti Chopra) whose love story starts from Punjab and settles in London. Jasmeet wants to be a jewellery designer and wants an independent working life in London. She reveals her dream to Param after their marriage and tries to coax him to get the UK's citizenship even by resorting to illegal means.

Directed by Vipul Shah, the film is the sequel to Namastey London. However, it is more likely that it may not achieve the success Namastey London. The key to Namaste England lies in its performance during the weekend. Will it defy the critics and become a success? Keep checking this space for more.