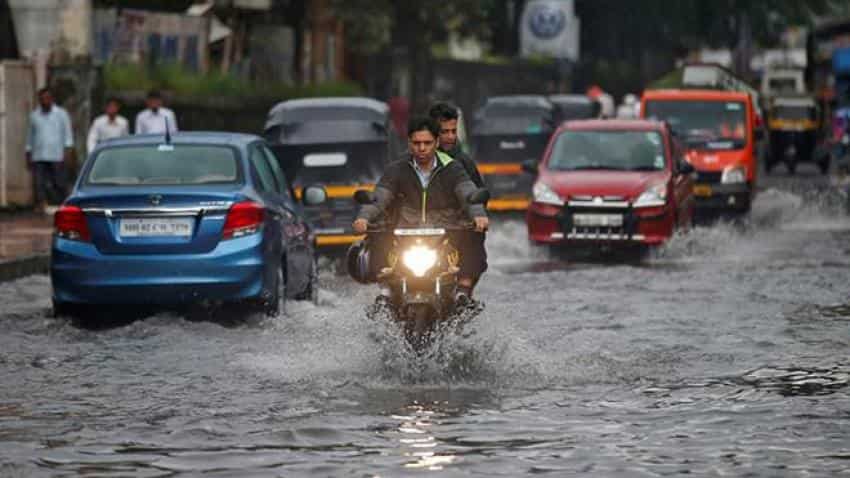 Monsoon has hit Mumbai, the corporate capital of India, a bit early and due to this rain spell today, a Jet Airways London-Mumbai flight was diverted to Ahmedabad following air traffic congestion. The advancing monsoon along the west Coast is set to lash Mumbai, Nashik and other cities with torrential rains in the next six days, said Indian Meteorological department in its latest weather forecast today.

Under the brief spell of rains, flight 9W-117 with 343 passengers on board landed in Ahmedabad just after 1 pm, and later it took off from Ahmedabad for Mumbai, a Jet official told IANS.

Life in Mumbai often gets affected during heavy spell of monsoon showers and the latest weather forecast by the Indian Meteorological department today added to the worries by saying, “Heavy to very heavy rain very likely at isolated places over Madhya Maharashtra, Konkan and Goa, Coastal Karnataka and Kerala” is a cause of concern for the city dweller.

Private weather forecasting agency Skymet has also already predicted that rains in Mumbai in the coming days may be the worse since July 2005.

Amid these weather predictions, Mumbai airport, one of the busiest in the country, needs to gear up to face the wrath of nature.

Notably, with its efficient management systems the Mumbai airport yesterday crossed 1,000 aircraft movements in just a day, breaking its earlier record of 988 single-day arrivals and departures.

The single-runway operated Mumbai airport has reportedly handled 48.49 million passengers in FY18, registering a 7.4 per cent growth over FY17.