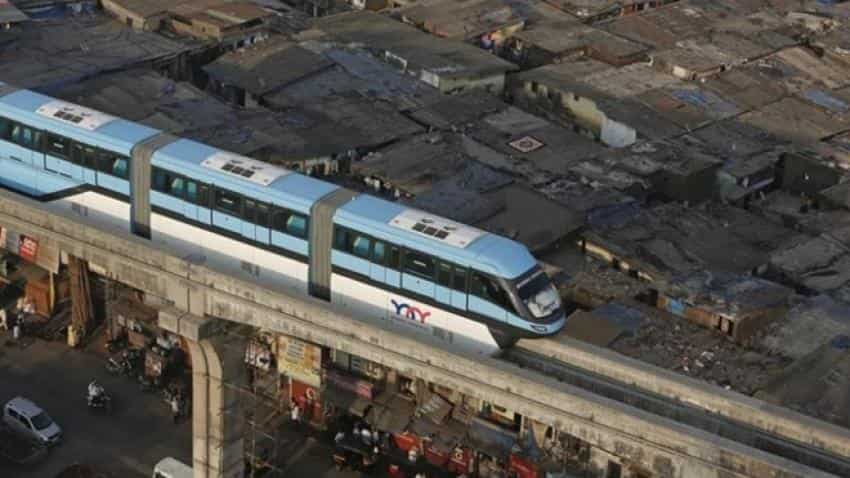 The Mumbai Monorail, between Wadala and Mahalaxmi, completed its trial run for the second phase on Wednesday after Commissioner of Railway Safety (CRS) expressed satisfaction over the safety concerns of Monorail. Image source: Reuters
Written By: ZeeBiz WebTeam
RELATED NEWS

Mumbai Monorail: The Mumbai Monorail, between Wadala and Mahalaxmi, completed its trial run for the second phase on Wednesday after Commissioner of Railway Safety (CRS) expressed satisfaction over the safety concerns of Monorail. The three-day long trial run, starting on Monday, was second such trial run conducted by the CRS in the past two months. The CRS is now expected to give formal safety clearance in the next few days listing few of the compliance that Mumbai Metropolitan Region Development Authority (MMRDA) will have to adhere.

According to MMRDA officials, the CRS was satisfied with the overall safety related issues of Monorail that includes signalling, telecommunications and so on, however, CRS had apprehensions regarding the lesser number of trains for the whole phase along with procurement of several spare parts for the nonfunctional trains not being completed yet.

"CRS has inspected the entire system. He is likely to give his report within a day or two. The time required to make Monorail operational will depend upon the compliances that may be asked for by him,"
UPS Madan, Metropolitan Commissioner, MMRDA, told DNA India.

According to its initial plan, to run the entire Monorail corridor between Chembur and Mahalaxmi, MMRDA requires 15 trains (each of four coaches). However, MMRDA currently has only 10 trains of which three are not functional bringing the number of functional trains to seven.

The first phase of Monorail has also been shut since November 2017 after an empty Monorail train caught fire at Mysore colony Monorail station.