Last year, in April IMD had forecasted above normal monsoon this year, of 106% of the long period average with a model error of 5%. 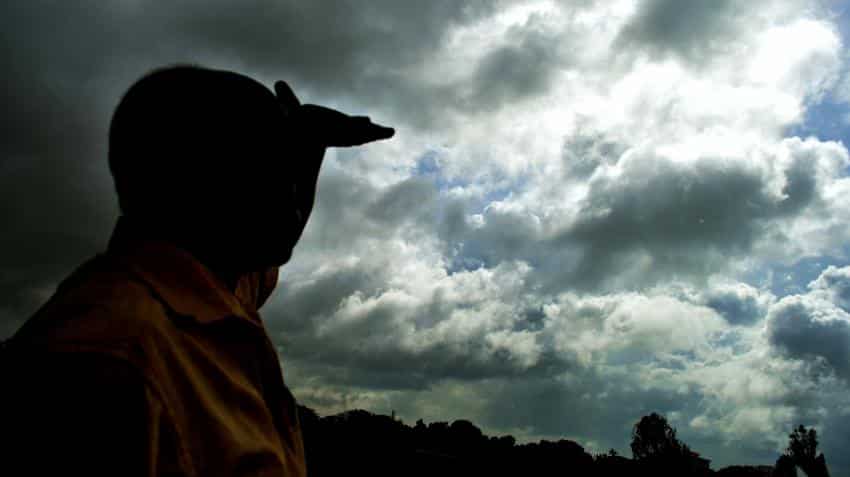 Skymet Weather had said that it expects India's monsoons for 2017 to be below normal. Photo: IANS
Written By: ZeeBiz WebTeam
RELATED NEWS

Indian Meteorological Department (IMD) on Tuesday released its prediction for this year's monsoon and said that it is set to be normal. It said that monsoon rainfall may  be 96% of the normal with an error margin of 5% on either side.

IMD further said that there are more than 50% chance of El-Nino developing from August.

Government bonds, that had slipped before the announcement rose after IMD gave its prediction.

Bloomberg reported that India's 6.97% 2026 government bonds were trading at 6.85% afer IMD's announcement as against 6.89% earlier in the day. "There seems to be some selling ahead of the IMD forecast,” said Harish Agarwal, fixed-income trader at FirstRand to Bloomberg.

Monsoon predictions are considered to be very vital for Indian economy as agriculture still largely is dependent on the weather phenomenon.

On March 27, Skymet Weather, a private sector weather forecaster had said that it expects India's monsoons for 2017 to be below normal.

It said, "Monsoon 2017 is likely to remain below normal at 95% (with an error margin of +/-5%) of the long period average (LPA) of 887 mm for the four-month period from June to September." This means with the less agriculture output due to "below monsoon" will shoot up the food prices.

ALSO READ: 2017 monsoons to be below normal, Skymet says

Like every year, this year forecast was also very important for the country as it directly effects the inflation. In the last bi-monthly policy review on April 6, the Reserve Bank of India had said, "Since the February bi-monthly monetary policy statement, inflation has been quiescent. Headline CPI inflation is set to undershoot the target of 5.0 per cent for Q4 of 2016-17 in view of the sub-4 per cent readings for January and February.”

Moreover, it also added, "The main one stems from the uncertainty surrounding the outcome of the south west monsoon in view of the rising probability of an El Niño event around July-August, and its implications for food inflation."

Last year, in April IMD had forecasted above normal monsoon this year, of 106% of the long period average with a model error of 5%.