Luka Chuppi Box Office Collection day 4: Taran Adarsh stated that the festival of Mahashivratri has also given it a boost, as it earned Rs 7.90 crore on Monday. 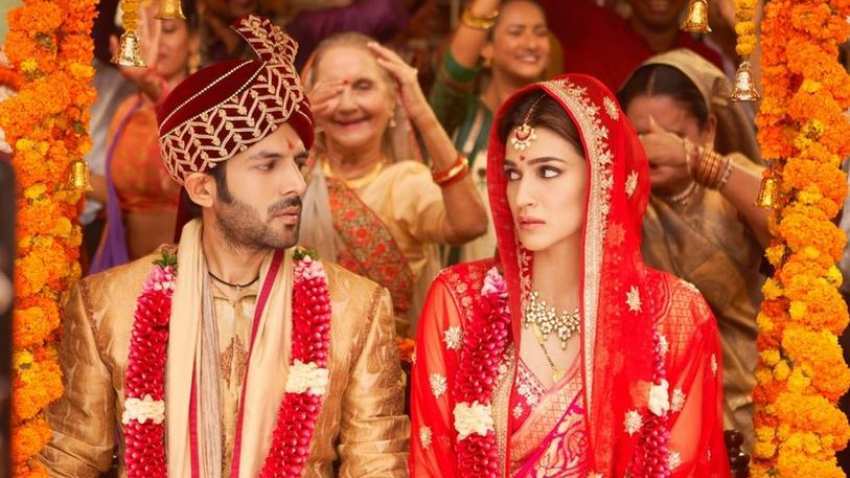 Luka Chuppi Box Office Collection day 4: Despite releasing with Abhishek Chaubey's Sonchiriya, Luka Chuppi received an edge by opening on more than 2100 screens across the country. The Kartik Aaryan and Kriti Sanon starrer romantic-comedy managed to do a business of over Rs 8 crore on Day 1, as it was received in a positive way by moviegoers. The film, which has become Aaryan's biggest release in his career so far, witnessed a boost on Saturday and raked in Rs 10.08 crore, thereby earning Rs 18.09 crore at the box office.

Taran Adarsh stated that the festival of Mahashivratri has also given it a boost, as it earned Rs 7.90 crore on Monday. Earlier, he expressed that the film would surpass the opening weekend collection of Luv Ranjan's Sonu Ke Titu Ki Sweety, which made Rs 26.57 crore and Pyaar Ka Punchnama 2, which earned Rs 22.75 crore at the domestic box office. Kartik Aaryan was part of both these movies.

The story of Luka Chuppi is the narration of the live-in relationship of small towns of the country, where such couples are frowned upon. Kartik Aaryan playing the role of a reporter at a news channel in small town Mathura in Uttar Pradesh, falls in love with Kriti Sanon, who is Rashmi Tiwari in the film.

The story takes a hilarious turn, when Guddu proposes Rashmi and they start a live-in relationship, but their families wrongly assume that they are married to each other.

Despite facing stiff competition from Abhishek Chaubey's Sonchiriya, Luka Chuppi Seems to have piped it if we look at the box office collections.

Sonchiriya, which was released in just 720 screens, has a starcast of Manoj Bajpayee, Sushant Singh Rajput, and  Ranvir Shorey as bandits, along Ashutosh Rana as the police officer on their trail. Bhumi Pednekar is survivor and woman with a voice in the film.