LPG cylinder prices hiked: This is how much you will have to pay for cooking gas now

The liquefied petroleum gas (LPG) prices have been hiked once again and the new prices will come into effect from May 1. The Indian Oil Corporation published the new prices on its website. 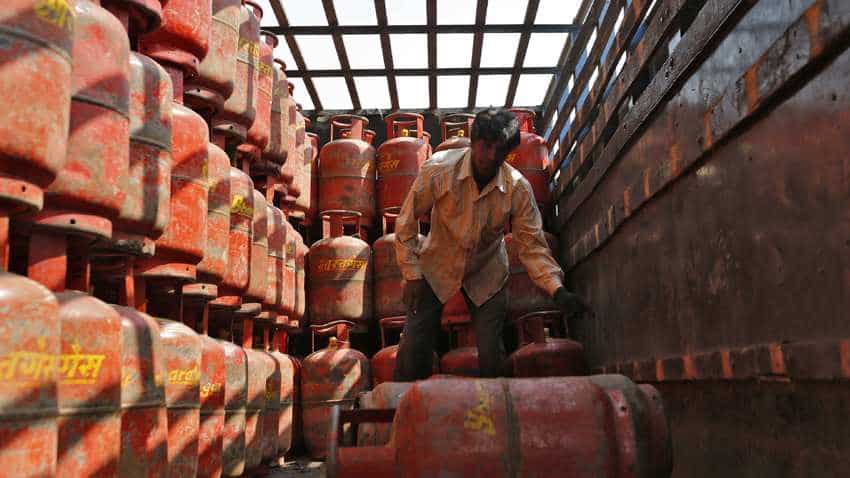 The liquefied petroleum gas (LPG) prices have been hiked once again and the new prices will come into effect from May 1. The Indian Oil Corporation published the new prices on its website. The subsidised LPG prices have been hiked by 28 paise per cylinder (14.2 kilograms) in Delhi and 29 paise per cylinder in Mumbai. The non-subsidised rates were increased by Rs 6 per cylinder each in the two metros, according to data from Indian Oil Corporation. After this latest revision, the non-subsidised cooking gas cylinders in Delhi would cost Rs 712.5 in Delhi, Rs 738.5 in Kolkata, Rs 684.5 in Mumbai and Rs 728 in Chennai.

Meanwhile, the subsidised LPG cylinder rates are now at Rs 496.14 per unit in Delhi, Rs 499.29 per unit in Kolkata, Rs 493.86 per unit in Mumbai and Rs 484.02 per unit in Mumbai, according to the data available on the official website. The Indian Oil Corporation supplies the cooking gas under brand Indane.

Here are the latest rates after LPG price hike in major cities: 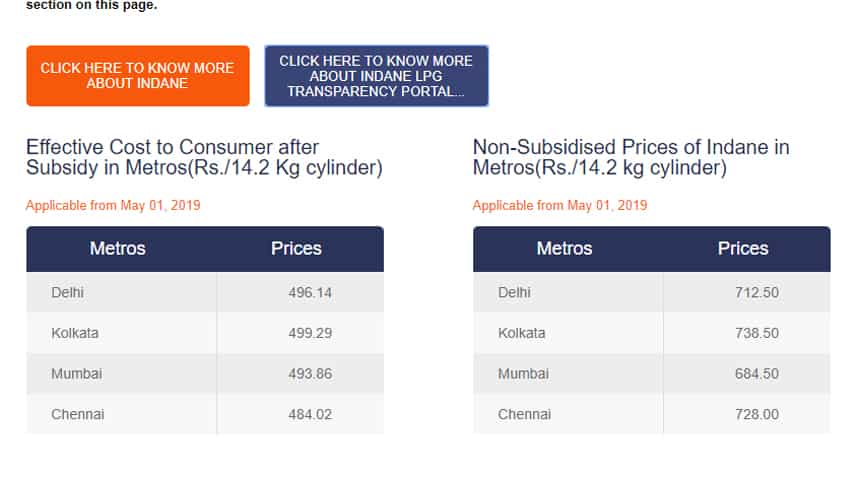 The prices of non-subsidised LPG in the four metros have been lowered in the range of Rs. 96-98.5 per cylinder so far this year. While the subsidised LPG rates have gone down by Rs. 4.71-4.83 per cylinder during this period. Currently, the LPG consumers in the country have to purchase the fuel at market prices. The government subsidises 12 cylinders of 14.2-kg each per households in a year. The subsidy amount is provided directly to the bank accounts. This amount varies from month to month depending on the changes in the average international benchmark LPG rate and foreign exchange rate.

In another development, IOC on Tuesday said that its research and development centre at Faridabad has become the first public sector oil and gas company to cross the milestone of filing 1,000 patents. The Centre filed the 1,001st patent this week. "The R&D Centre's IP (Intellectual Property) portfolio comprises 794 active patents, of which 542 patents were granted abroad and 252 in India. The centre has also registered a healthy commercialisation rate for its patents, higher than the global average," the company said in its statement.

No LPG subsidy to households, Rs 200 for Ujjwala beneficiaries; LPG price in Delhi to be Rs 1003