The Centre's fertiliser subsidy bill is set to soar by 62 per cent over the budgeted amount to Rs 1.3 lakh crore this fiscal due to the massive rise in raw material prices despite lower demand, says a report. 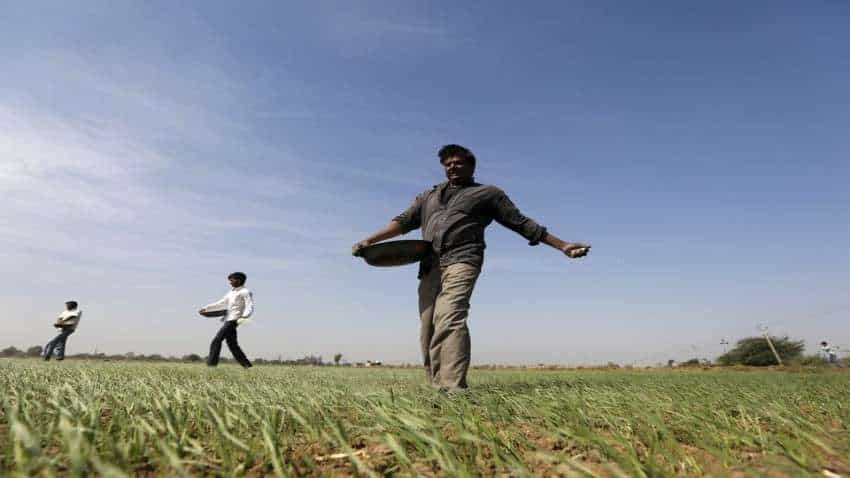 The Centre's fertiliser subsidy bill is set to soar by 62 per cent over the budgeted amount to Rs 1.3 lakh crore this fiscal due to the massive rise in raw material prices despite lower demand, says a report.

An unprecedented spike in natural gas prices and other raw materials is set to inflate the fertilisers subsidy bill by a whopping 62 per cent or Rs 50,000 crore to Rs 1,30,000 crore this fiscal over the budgeted Rs 79,530 crore.

This is despite sales volume declining 10 per cent from the record level last fiscal, Crisil said in its report on Monday.

To encourage farmers to use fertilisers for better crop yield, government keeps their sale price significantly lower than market rates, and reimburses the difference to manufacturers directly.

But for long, budget provisioning for such subsidies have been inadequate, leading to regular build-up of arrears. However, last fiscal the government cleared arrears through an additional disbursement of Rs 62,638 crore helping companies nurse their balance sheets to better health.

However, what followed was a massive spike in input costs, the biggest of which is natural gas.

Crisil expects the price of natural gas, the feedstock that accounts for 75-80 per cent of the total cost of production for urea plants, to rise over 50 per cent this fiscal.

This is on top of the prices of key raw materials like phosphoric acid and ammonia, for non-urea fertiliser companies, that are already up 40-60 per cent over the past fiscal.

All this will now have to be absorbed by the government. Consequently, the report estimates the subsidy bill to increase by Rs 50,000 crore over what has been budgeted for this fiscal to Rs 1.3 lakh crore.

Despite this, there will be a shortfall of Rs 30,000 crore, largely for urea, the report said.

But there is a partial offset this fiscal as demand is seen falling by 8-10 per cent over last financial year when it had risen 8 per cent to an all-time high of 66 million tonnes. Demand has been hit this time because of the erratic spatial distribution of monsoon rains.

Even though the overall rainfall this season was 99 per cent of the long period average, its distribution was uneven -- 110 per cent in June, 93 per cent in July, 76 per cent in August and 135 per cent in September -- which affected sowing.

Additionally, the high-base effect of last fiscal and the limited availability of fertilisers in global market will also have a bearing. However, domestic production will not be hit as imports constitute only around 30 per cent of domestic demand.

Moreover, profitability of urea makers will not be hit due to input cost spike because higher cost of gas is a pass-through with government fixing retail sale price.

For non-urea makers, while selling price is not fixed, government pays subsidy at the rate of the nutrient-based subsidy scheme.

On the other hand, the credit profiles will also be influenced by the working capital cycle, which is a function of adequacy of the subsidy budget and timely disbursements.