Gowda informed that following the revival of 5 closed fertilizer plants, the indigenous urea production will be enhanced by 63.5 LMT per year leading to corresponding reduction in import of urea. 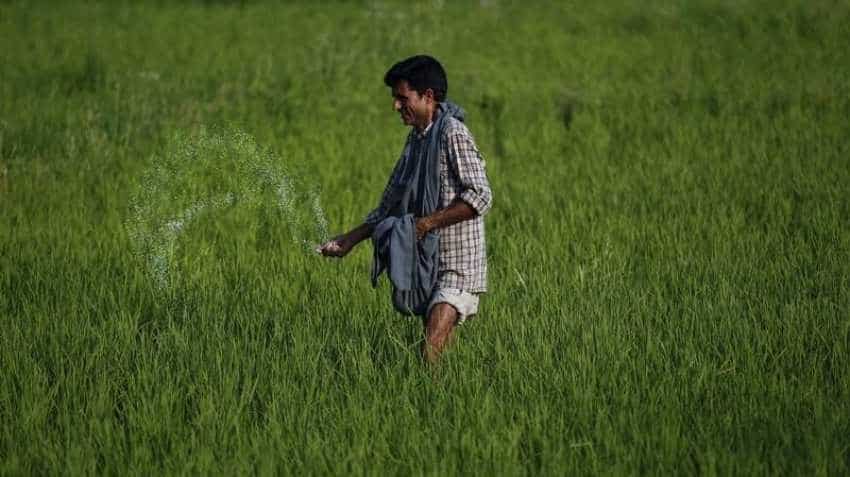 Whenever there is shortage of funds, the government liquidates the pending subsidy by arranging loans under a Special Banking Agreement (SBA). Image source: Reuters
Written By: ZeeBiz WebTeam
Edited By: Harish Dugh
RELATED NEWS

In a bid to focus on increasing indigenous Urea production and the make the country self-suffcient in Urea production, the government is reviving 5 closed fertilizer plants, namely Talcher (Odisha), Ramagundam (Andhra Pradesh), Gorakhpur (Uttar Pradesh) and Sindri (Jharkhand) plants of Fertilizer Corporation of India Ltd. (FCIL) and Barauni (Bihar) plant of Hindustan Fertilizer Corporation Ltd. (HFCL), by setting up new Ammonia Urea plants of 12.7 lakh metric tonne per annum capacity each, said Union Chemicals and Fertilizers minister DV Sadananda Gowda, while giving a written reply to a question on import of urea in the country, in Lok Sabha today. The government statement gave more information which is given here:

1. The Minister said that in the last 3 years, average imported urea is 63.12 Lakh Metric Tonne (LMT) and average expenditure is Rs 12,797.31 crores, adding that the average total production of urea in the country in the last three years is around 241 LMT and the total consumption (sales) is 305.48 LMT approximately. The gap is fulfilled through imports.

2. Gowda stated that the government had announced New Investment Policy – 2012 on 2nd January, 2013 and its amendment on 7th October 2014 to facilitate fresh investment in urea sector and to make India self-sufficient in the urea sector. He also gave details about the steps taken to reduce the import burden of urea. Under NIP- 2012, two urea units in private sector have been installed.

4. Chambal Fertilizers & Chemicals Limited (CFCL) has also set up a Brownfield project at Gadepan, Rajasthan with 12.7 Lakh Metric tonne per annum capacity. The commercial production of CFCL-III started on 1st January, 2019. The plants have manufactured 6.05 LMT of urea since commissioning.

5. Gowda further informed that following the revival of 5 closed fertilizer plants, the indigenous urea production will be enhanced by 63.5 LMT per year leading to corresponding reduction in import of urea. The project cost of urea plants as per DFR is Rs 37,971 crores approximately.

6. Notably, the Cabinet in its meeting on May 21, 2015 had decided to install a new urea plant of 8.646 Lakh Metric Tonne Per Annum (LMTPA) in the existing premises of Brahmaputra Valley Fertilizers Corporation Limited (BVFCL), which will subsequently replace the existing urea plants Namrup-II (capacity 2.20 LMTPA) and Namrup-III (capacity 2.70 LMTPA).

7. According to Gowda, the government releases subsidy to the fertilizer companies on a regular basis subject to availability of budget, receipt of quality certificates (B2) from the state governments etc. Whenever there is shortage of funds, the government liquidates the pending subsidy by arranging loans under a Special Banking Agreement (SBA).