Karti Chidambaram arrested today; what is INX Media case? All you want to know about case involving P Chidambaram son

INX Media case, dates back to 2007, and it allegedly involves Karti who is reported to have received illegal funds from the Mumbai-based INX Media, now 9X Media, for helping the media group to get a clearance from Foreign Investment Promotion Board (FIPB) for foreign direct investment (FDI). 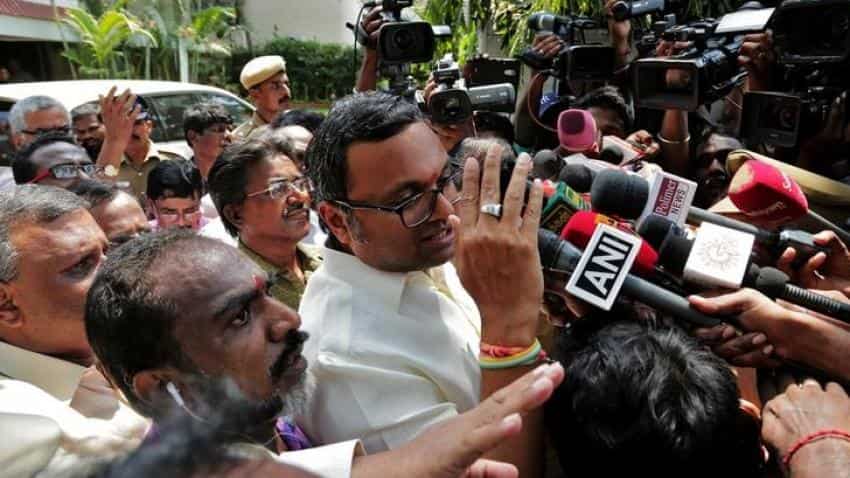 Here is what INX Media case is all about in brief:

INX Media case, dates back to 2007, and it allegedly involves Karti who is reported to have received illegal funds from the Mumbai-based INX Media, now 9X Media, for helping the media group to get a clearance from Foreign Investment Promotion Board (FIPB) for foreign direct investment (FDI).

The CBI is investigating the junior Chidambaram's role in facilitating the FIPB clearance for INX Media when his father was the Finance Minister under the UPA regime.

Karti is accused of influencing the FIPB officials to grant the approval in exchange of graft to the tune of Rs 10 lakh from INX Media.

The CBI alleged Karti also received money from INX media to scuttle a tax probe. The firm was run at the time by Peter and Indrani Mukerjea, who are currently in jail on charges of murdering Indrani's daughter Sheena Bora.

According to the CBI, INX Media clearly states in its records that Rs 10 lakh was given to Advantage Strategic Consulting (P) Limited, a firm "indirectly" owned by Karti, for management consultancy charged towards FIPB notification and clarification.

The FIR also alleges that invoices of approximately Rs 3.5 crore were raised in favour of INX group in the name of other companies in which Karti had substantial interests "directly or indirectly".

The agency has registered an FIR against Karti, his company Chess Management Services, the Mukerjeas, INX Media, Advantage Strategic Consulting Services and its Director Padma Vishwanathan.

The allegations levelled by the CBI are based on the information given by "source", the FIR has claimed.

INX Media was seeking investment from Mauritius, an official explained.

The investment was allowed by the FIPB board and the then Finance Minister with the condition that only Rs 4.62 crore could be received and for investment in INX News Pvt Ltd, a separate proposal was required.

The company allegedly violated the conditions set by the FIPB and received investment to the tune of 26 per cent in the capital of INX News which included foreign investment.

It allegedly generated more than Rs 305 crore of FDI in INX Media against the approved inflow of Rs 4.62 crore by issuing shares to foreign investors at a premium of more than Rs 800 per share.

The violation prompted an Income Tax department probe. INX Media claimed that the investment was done as per FIPB conditions.

The agency alleged that in order to wriggle out of the situation without any punitive action, INX Media entered into criminal conspiracy with Karti whose father was the Finance Minister of the country,.

FIPB officials, by virtue of the influence exercised over them by Karti, not only allegedly ignored serious illegalities on the part of INX Media but also showed undue favours by abusing their official position and advised the company to file for fresh clearance.