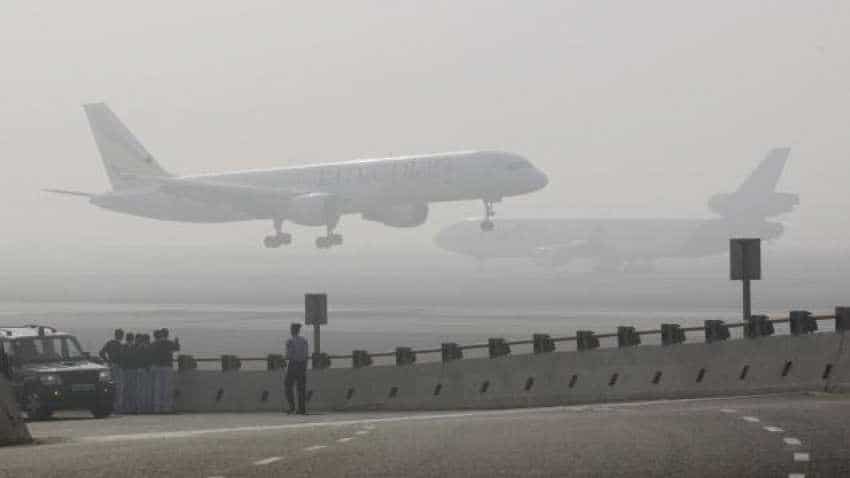 The BJP-led NDA government's mega Jewar airport project seems to be facing rough weather, as farmers are demanding greater compensation than is being currently offered in return for their lands. Representational Image, source: PTI
Written By: ZeeBiz WebTeam
RELATED NEWS

The BJP-led NDA government's mega Jewar airport project seems to be facing rough weather, as farmers are demanding greater compensation than is being currently offered in return for their lands. Union Civil Aviation Ministry has reportedly asked the Yamuna Expressway Industrial Development Authority (Yeida) on Wednesday to clarify the situation with 15 days.

According reports, the land acquisition is not moving forward as local farmers have demanded compensation four times more than the current circle rate, which in Jewar village is currently Rs 903 per square metre. The government, however, has proposed the circle rate at Rs 1,800/ sqm, but farmers are reportedly asking for Rs 3,600/sqm.

Earlier on Tuesday, the district administration held a meeting with farmers from six villages at the district collectorate in Surajpur to resolve the land acquisition issue for the proposed international airport in Jewar.

The Yeida on Wednesday said the government will give Rs 2,300 to Rs 2,500 per square metre to farmers for the agricultural land that is to be acquired in Jewar, along the 165km Yamuna Expressway, a Hindustan Times report said.

Yeida chairman and agriculture production commissioner of Uttar Pradesh, Dr Prabhat Kumar, reportedly offered the land rate in a meeting held with around 100 farmers at the Gautam Buddha University campus.

The Yeida chairman had reportedly called an immediate meeting with farmers after rumors that the state government will acquire land forcibly without the seeking consent of land owners.

Most of the farmers present in the meeting reportedly agreed to the rate offered, but they sought some time to take the final decision. Some of them demanded a rate of Rs3,600 per square metre, but the government is not willing to consent to this rate as it will inflate project cost, said the newspaper report.