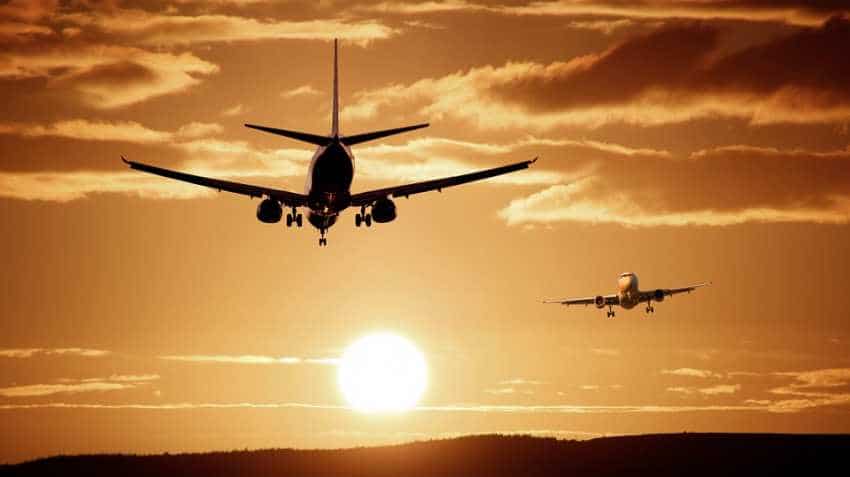 After CAG voices fear, govt says Indian Railways not losing out to airlines

Nothing seems more frustrating during festive season than when your vacation planning takes a hit due to soaring expense. In the current scenario, Airlines like Jet Airways, Indigo, SpiceJet, GoAir, AirAsia, Vistara and Air India are sending virtually 'May Day' calls over the rising crude oil prices and weak rupee, despite getting ATF relief just days ago. It looks like, it will only be a matter of time, when you will be forced to pay hefty amounts for your air tickets, especially if you plan a holiday with family and friends internationally. However, no one can blame the airlines for following this method, the way they are suffering, they need some profit in their earning books.

The situation for airlines especially Jet Airways, GoAir, SpiceJet, Vistara and AirAsia is like flying in the air in thick stormy clouds - the turbulence is terrible and can have very negative repercussions.

Currently, it is the environment of low fares and capacity that drive market leadership, and Indigo especially is doing a great job in it. Where the industry is in turmoil with ATF prices continuing to rise by 20% from April to October 2018, Indigo has aggressively added capacity, grabbing 41.9% market share.

This has now resulted in a double whammy - high yield and cost pressure for an industry struggling to recover.

According to Ambit, there are four things that is happening in the aviation industry.

Firstly, Indigo is possibly targeting the struggling Jet Airways, which has lost 1.4% passenger market share, on the other hand Indigo has gained 2.2%.

Secondly, fares on the top 10 - 12 key routes are rising as festive season starts. Thirdly, SpiceJet has a high 93.6% PLF but net fleet additions total one aircraft from April - October month.

Finally, AirAsia and Vistara suffer significant PMS losses in the past three months.

In September, these carriers had announced high discounts on Indigo, Jet, SpiceJet and GoAir flights.

Ambit said, “Pricing data we collect on a bimonthly basis suggests that yields which remained subdued across the top 10 - 12 routes have begun to climb in the first week of October with festive season kicking in and ATF prices hikes for October.”

Ashutosh Somani and Nitin Agarwala, analysts at JM Financial said, “ High competition and continued fare discounts by peers have restricted the airlines to take fare hikes. Ability to pass increasing fuel and INR related costs will be a key monitorable.”

On the other hand, Ambit says that higher airfares are here to stay.

It adds, “Fares have remained subdued in the past few months and September was no different as this was required to maintain Passenger Load Factor (PLF) which had dipped in August data. However, on a closer look at the 1 month booking window, we see fares have begun to sharply rise in order to combat higher ATF prices and to capitalise on festive demand.”

After CAG voices fear, govt says Indian Railways not losing out to airlines