Jaitley, who is here on three-day official visit, said the Rs 2 per litre cut in excise duty on petrol and diesel was done to give relief from relentless increase in prices and leave more money in hands of consumers. 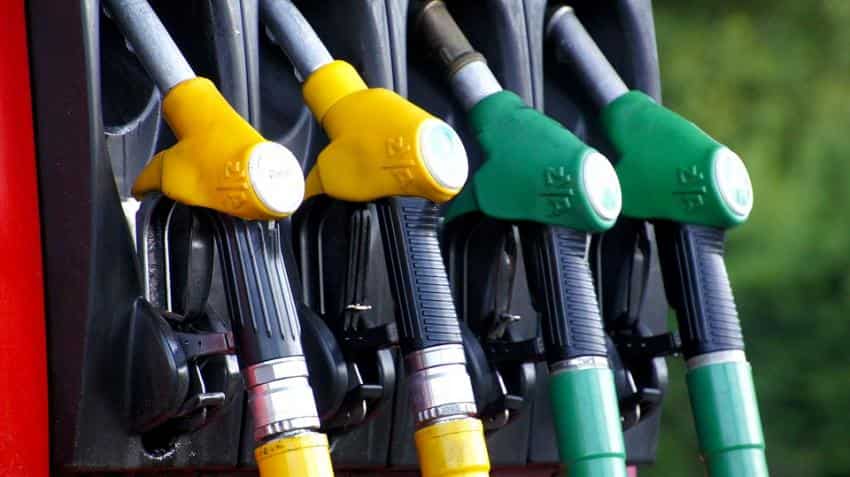 After the Centre taking a hit of Rs 26,000 crore by cutting excise duty on oil, Finance Minister Arun Jaitley today nudged states to cut sales tax or VAT on petrol and diesel to provide further relief to consumers from high fuel prices.

Jaitley, who is here on three-day official visit, said the Rs 2 per litre cut in excise duty on petrol and diesel was done to give relief from relentless increase in prices and leave more money in hands of consumers.

"Now it is up to state governments if they are concerned with the issue (to cut sales tax or VAT)," he told reporters here.

Referring to opposition ruled states, he said some state governments, particularly in Kerala and Delhi, were at the forefront of demanding a cut in duties.

"And therefore state governments must really look at their own VAT collections," he said.

Jaitley said a large part of taxes collected on petroleum products goes to states. Besides their own VAT collection, they also get 42 per cent of central duties.

And so states must also bear a part of the impact, he said, adding that the revenues of both the Centre and state governments would be impacted by duty cuts but an upward movement in the economy would give adequate space for covering up of the lost revenue.

"When global oil prices are high, there is some kind of cushion required to be provided as far as consumers are concerned. Therefore, we have taken a conscious decision to that effect," he said.

Asked if BJP-ruled states would also be nudged to cut VAT, he said, "I think the states manage their finances and I am sure states are also close to their own people."

States that levy VAT as high as 40 per cent will "adequately factor this concern in," he said.

Jaitley said a lot of oil revenue to centre and states is eventually used for infrastructure and social sector.

In New Delhi, Oil Minister Dharmendra Pradhan said states should cut sales tax or VAT on petrol and diesel by 5 per cent.

Jaitley, he said, will soon write to all states on the issue.

"We have proactively cut excise duty. Now it is the turn of states to reduce VAT," Pradhan told reporters.

Unlike the Centre, states levy VAT as an ad valorem duty which rises every time there is an increase in price.

The Centre, he said, sacrificed Rs 26,000 crore in revenue in the cut in excise duty.

"States are the biggest beneficiary. They get all of the VAT collection plus they also get 42 per cent of the central excise collections. The amount remaining with the Centre is used to finance centrally sponsored schemes in states," he said.

The Centre had raised excise duty by Rs 11.77 per litre on petrol and Rs 13.47 a litre on diesel between November 2014 and January 2016 to take away gains arising from plummeting international oil rates.

This after petrol price rose by Rs 7.8 since early July to reach over three-year high of Rs 70.88 a litre in Delhi while diesel rates had risen by Rs 5.7 to touch an all-time high of Rs 59.14.

Pradhan said as a result of the excise duty reduction, petrol price has been cut by Rs 2.5 per litre and diesel by Rs 2.25.