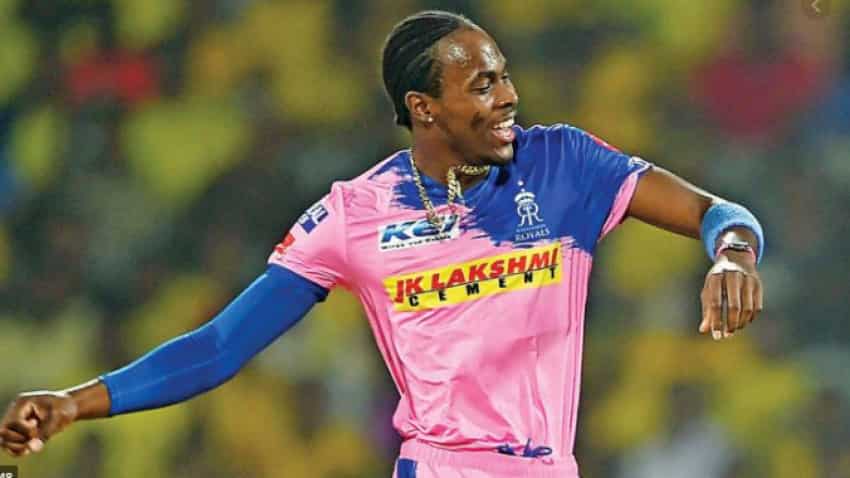 The Royals have six points from eight games and Archer feels that the side just needs to get together and collectively do well in the upcoming matches. PTI
Reported By: ANI
Written By: ANI
Edited By: ZeeBiz WebTeam
RELATED NEWS

IPL 2020: Rajasthan Royals are second from the bottom in the points table but fast bowler Jofra Archer still believes that the Steve Smith-led side can qualify for the playoffs in the ongoing Indian Premier League (IPL).

The Royals have six points from eight games and Archer feels that the side just needs to get together and collectively do well in the upcoming matches.

"I think there are wins out there and we just as a team need to go out there and get those wins. We`ve had some good performances this year now we just need to get together and do well collectively in the coming games," said Archer in a release issued by Rajasthan Royals.The pace spearhead said that Royals have been in these types of situations and they know how to come out from this.

"We`ve been in this situation and before and have come back from this, so we`re not panicking about this, we know it can be done and I believe in this team to do it," said Archer.Rajasthan Royals had failed to chase down 162 as the side was restricted to 148/8 by Delhi Capitals on Wednesday.

Rajasthan Royals bowler Jaydev Unadkat said that the team lacked a bit in certain aspects and will improve in the upcoming games."I think we`ve done well in phases in the last couple of games. We`ve lacked a bit in certain aspects which we would like to improve going ahead. We`re still in with a chance to make the playoffs, the table is still very open and the team which has momentum on their side in this crunch phase will qualify," said Unadkat.The Royals will next lock horns with Royal Challengers Bangalore (RCB) on Saturday.

As dark clouds lift a little, a delighted Anand Mahindra tells India to do this to stay safe