IPL 2019 LIVE streaming: The Supreme Court-appointed Committee of Administrators (CoA) on Saturday decided that the playoffs of the 12th edition of Indian Premier League (IPL) will start from 7.30 p.m. instead of the scheduled 8 p.m. start. 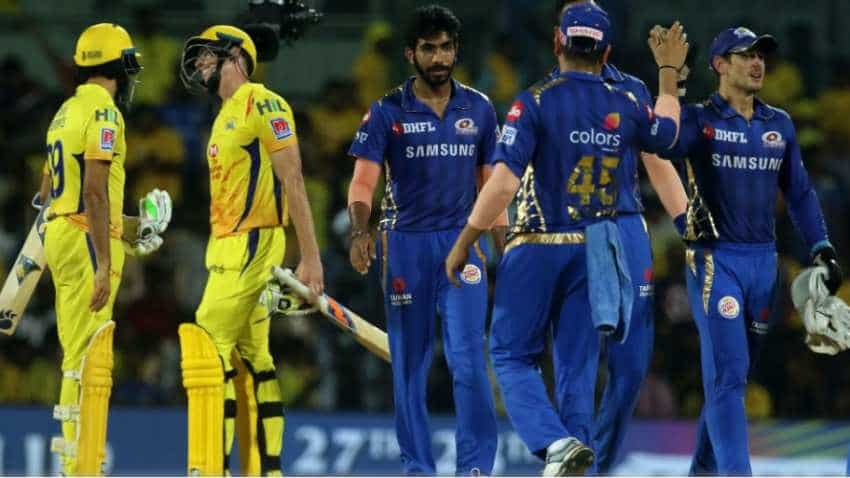 IPL 2019 LIVE streaming: The Supreme Court-appointed Committee of Administrators (CoA) on Saturday decided that the playoffs of the 12th edition of Indian Premier League (IPL) will start from 7.30 p.m. instead of the scheduled 8 p.m. start. The 11th edition of the cash-rich league had seen the playoff games beginning at 7 p.m. Speaking to IANS, a BCCI executive said that dew will be an important factor down south while the host broadcasters, Star Sports, had already requested for an early start as the playoffs will be followed by an elaborate presentation ceremony.

"We have the playoffs in the south where dew is a huge factor. Also, Star had written to us to prepone the timings. If you realise, there is the case of an extended presentation ceremony after the playoffs. Keeping all this in mind, it was felt that we should bring it forward," the official said.

Meanwhile, India `A` and U-19 coach Rahul Dravid is also being considered for the head coach`s role at the National Cricket Academy (NCA) in Bengaluru.

"We are looking at Dravid for the role of head coach at the NCA. Due process will be followed in the appointment," CoA chief Vinod Rai told reporters after a five-hour long meeting in the national capital.

The BCCI also recommended the names of Jasprit Bumrah, Mohammed Shami, Ravindra Jadeja and Poonam Yadav for the Arjuna Award.

BCCI General Manager, Cricket Operations, Saba Karim had proposed the names of the cricketers to the CoA during the meeting.

Bumrah has been an integral part of the Indian side in recent times and will be leading the bowling attack at the World Cup. Shami too has been in great form ever since making a remarkable comeback into the Indian limited overs side after being considered only for the longest format in the last couple of seasons.

Jadeja, who till recently was only part of the Indian Test side, has also made a return to the limited overs team and has been picked as the third spinner in the 15-member squad for the World Cup starting May 30 in England and Wales.

Poonam has been deservedly nominated from the women`s team. Smriti Mandhana was preferred by the panel over Shikhar Dhawan in 2018.