IndiGo to operate from terminal 2 of Mumbai Airport: Here are the flight details

Indigo’s two flight numbers 6E 5300 and 6E 5399 will be carrying passengers in and out from the airport. Apart from carrying domestic and international flights, Indigo will also fly new flights from Mumbai airport’s terminal 2. 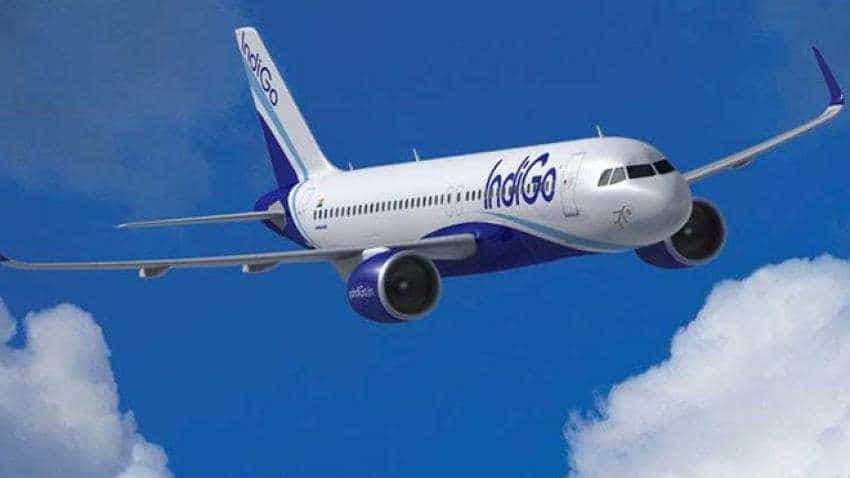 Mumbai airport is among busiest airports in India, with two terminal points for flights to take off and land. Photo: Reuters
Written By: ZeeBiz WebTeam
RELATED NEWS

IndiGo will also be able to fly from terminal 2 of the Mumbai airport from April 15, 2019. Two of IndiGo's flight numbers - 6E 5300 and 6E 5399 - will be carrying passengers in and out from this terminal of the airport.  “We are thrilled to announce the below additional flights from Terminal 2, Mumbai starting 15 April 2019. We hope this will add more joy to this summer holiday season and entice you to travel more," the airline said on its website. It also highlighted the list of new flights that will operate from terminal 2. From Mumbai, IndiGo will carry new flights to Bengaluru, Hyderabad, Indore, Kochi, Nagpur, Patna, Vadodara, Varanasi and Kochi.  “All other domestic flights will continue to operate from Terminal 1 and International flights from Terminal 2, Mumbai," IndiGo said.

The airline has also benefited from the Jet Airways crisis. The latter is headed for debt restructuring plan prescribed by consortium of lenders led by SBI. Due to default in debt repayment, Jet has been grounding its flight in bulk since last year. Earlier this month Zee Business Online had reported that data compiled by ICICI Securities revealed total number of slots in summer this year is only 3% higher compared to that in 2018. While growth is mostly in line for all airlines, the big drop is led by Jet Airways.

Mumbai airport is among busiest airports in India, with two terminal points for flights to take off and land. The terminal 1 is exclusively kept for budget airlines like GoAir, IndiGo, SpiceJet and TrueJet. It has 11 terminal boarding bridges. The handling capacity is 10 million passengers per year.  On the other hand, terminal 2 is extensively used for international flights and some selective domestic flights. It has an area of 210,000 sq. meters. It has 192 check-in counters and 60 immigration counters at departure, and 14 baggage carousels and 76 immigration counters at arrival.

With extra slot in hands. IndiGo could increase in the airline’s passenger growth and market share.  Ansuman Deb analysts at ICICI Securities said, “Such a sharp fall in Jet’s capacity will likely be accompanied with some moderation of capacity by MAX operators (SJet) and gradual lease retirals of old A320ceo fleet of IndiGo and Go Air.”

“As of now, it seems there are significant slots of Jet which remain unused. There has been no major change in slots in Delhi and Mumbai barring Jet. However, post April, when Jet has to re-submit its schedule plan; the private airport operators will be increasingly hesitant to keep such a high share of slots unused. As such, some slots may be up for grabs for other airlines," he added.

Deb believes with the ensuing delay in Jet’s debt resolution, private airport operators in Delhi/Mumbai/ Bengaluru will increasingly have to reallocate some Jet slots to other airlines. IndiGo and SpiceJet (SJet) remain major beneficiaries.