The country's sugar production is estimated to have fallen to 7.33% to 232.6 lakh tonnes in the next marketing season of 2016-17 (October-September). 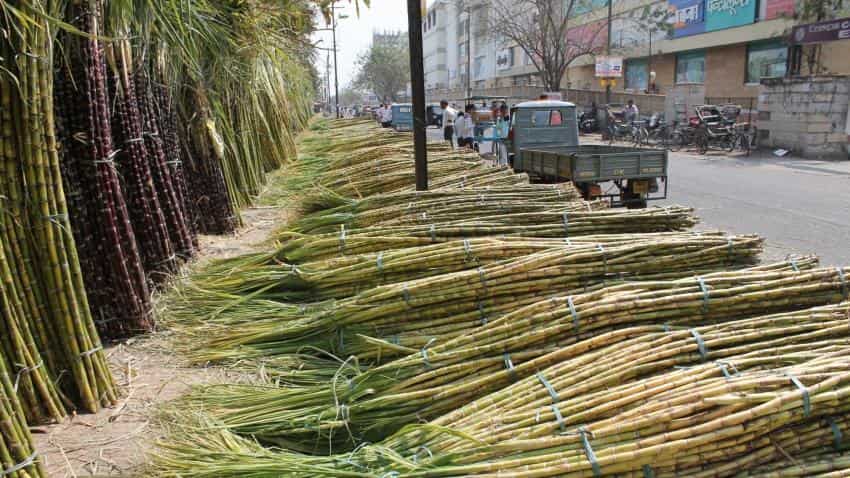 India's sugar production is estimated to fall over 7% in the next marketing year starting October this year on a likely drop in sugarcane output due to drought like situation and lesser rainfall in Maharashtra and Karnataka.

According to ISMA data, Uttar Pradesh- the leading sugarcane producing state in the country- is estimated to rise to 75.40 lakh tonnes in the marketing year of 2016-17 as against 68.22 lakh tonnes in current marketing year of 2015-16 on the back of good weather and adequate rainfall.  The expected rise in production is on account of likely higher cane area and yields.

The sugar production in Maharashtra, which is also major producer of sugar in the country, is expected to fall to 61.5 lakh tonnes in the marketing year 2016-17 as compared to 84.08 lakh tonnes in 2015-16.

“Maharashtra’s cane area has declined in 2016-17, which is mainly due to drought like situation last year, poor rainfall and lesser water availability for irrigation,” cited ISMA in a release.

Like Maharashtra, Karnataka too is expected to witness a decline in its sugar output during the given period due to lesser rainfall and drought like situation, ISMA said.

"With an estimated opening balance of 71 lakh tonnes on October 1, 2016, and estimated production of 232.6 lakh tonnes, the sugar availability during the 12 months of next season will be 303.6 lakh tonnes, enough to meet the domestic sugar consumption requirement of 260 lakah tonnes in 2016-17," ISMA said in a statement.