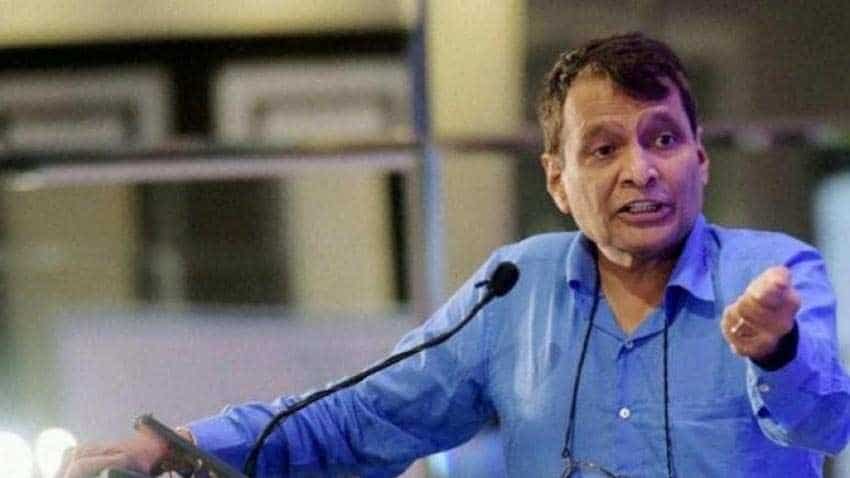 Services exports would touch about USD 200 billion, according to Suresh Prabhu. PTI

India's merchandise and services export would touch USD 540-billion mark this fiscal, Commerce Minister Suresh Prabhu said Thursday. He said exports are growing at a healthy pace and shipments of goods would reach over USD 330 billion.

Similarly, services exports would touch about USD 200 billion, according to Prabhu.

In total, both "merchandise and services exports put together will reach about USD 540 billion" by the end of this fiscal, the minister said here at a function.

Talking about the stalled negotiations for a free trade agreement between India and European Union, the minister said India is keen to resume the talks.

"We are really keen to have this FTA with EU. India will work to find a workable deal," he said.

The negotiations for the pact, officially dubbed as the Bilateral Trade and Investment Agreement (BTIA), have been held up since May 2013 and have witnessed many hurdles.

The negotiations for the pact were launched in 2007.