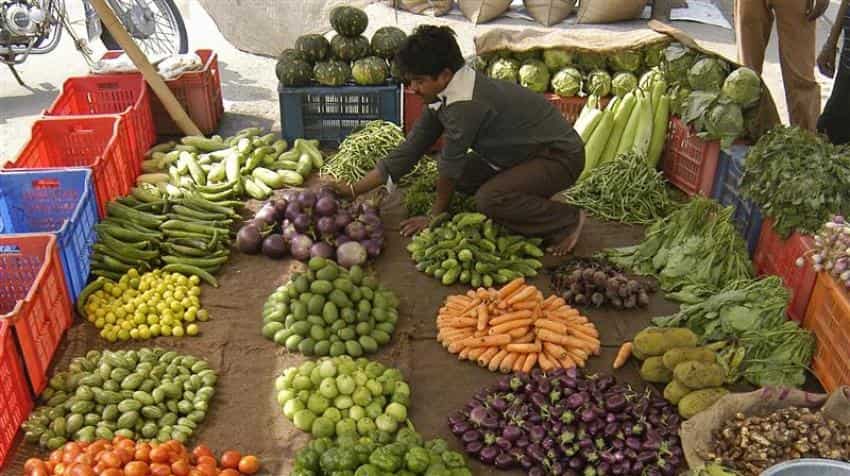 In fiscal 2016, the increase in agricultural income was Rs 978 billion. Photo: Reuters

Even as analysts cheer the highetened disinflation in consumer price index (CPI), or retail inflation, as it is also known, they believe that the country will end the current fiscal year with inflation of around 5%.

According to CARE Ratings and Crisil Research, for the current fiscal, the CPI is estimated to stay soft at 5% on average, or 10 basis points higher than in fiscal 2016. "Although the season’s rainfall was reported to be marginally deficient, it is much lower than the deficit experienced during last two years. As a result, we expect that inflation, particularly in food items will ease owing to fresh crops entering into the market", CARE Ratings said in a report.

India's Consumer Price Index (CPI) eased further in the month of September, at 4.31% as against 5.05% in August and 4.41% in September 2015. said Ministry of Statistics and Programme Implementation (MOSPI) on Thursday.

Crisil said that, as expected, favourable monsoons have started pushing food prices down as can be seen in released data. Going ahead, ample rains are  expected to bring down food inflation further as food supply increases and the government continues to take steps to ease out supply constraints and improve efficiency through reforms, it said.

"We estimate that on balance, even with a fall in food prices, the output effect will weigh in and raise agricultural GDP by Rs 1.49 trillion this fiscal. This is assuming an above-trend growth of 4% in agricultural output", Crisil said.

According to Madan Sabnavis, Chief Economist, CARE Ratings, said that there could be upward pressure on prices for brief period due to the slowdown in harvesting process in certain parts of the country could affect the arrival of the kharif crops.

In fiscal 2016, the increase in agricultural income was Rs 978 billion. In addition, urban consumption remains healthy and will benefit further from lower inflation, spillovers from robust agriculture activity in manufacturing and services, greater transmission of past interest rate cuts, and the Seventh Pay Commission and One Rank One Pension payouts.

Dharmakirti Joshi, Chief Economist, Crisil said, "The recent GST bill, passed in the Rajya Sabha, is one such example which will bring down inflation in the medium run. That said, in the short run, we believe GST implementation might result in increasing inflation in the service category that currently experiences lower indirect tax rate. The impact will only be felt after GST is implemented.

Budget 2023: Maturity proceeds of life insurance policies with annual premium of over Rs 5 lakh to be taxed: FM