India will assert its voice for the digitally deprived: Ravi Shankar Prasad

IT Minister Ravi Shankar Prasad said that India firmly stands for digitally egalitarian order where "we will lend our weight to those who are digitally deprived and marginalised but with logic, reason and moderation." 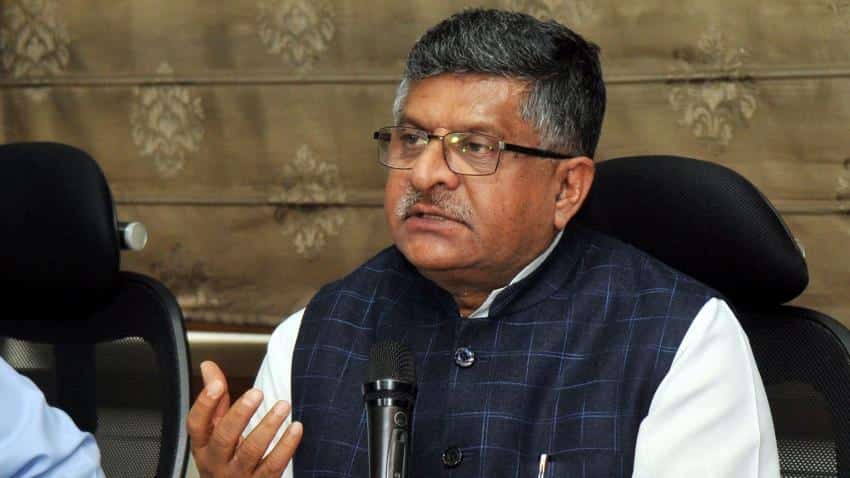 Building a case for safe internet access for all, IT Minister Ravi Shankar Prasad today said the country will "assert its voice" for the digitally deprived and marginalised.

At the same time, India will be a "voice of moderation and reason" in the global digital discourse, he said while addressing the Ministerial Forum at Global Conference on Cyberspace 2017.

"India firmly stands for digitally egalitarian order where we will lend our weight to those who are digitally deprived and marginalised but with logic, reason and moderation," he said.

The panel, which discussed challenges faced by countries in ensuring citizens have access to secure and inclusive cyberspace, included policy makers from nations like Iran, Japan, Russia and Venezuela.

"Cyberspace must be equal space, free from threat," Prasad said, adding that governments globally will have to play a crucial role in making internet safe against radical elements, terrorists and extremists.

He stressed that countries can move forward only by building trust, undertaking reciprocity and having certain agreed norms of behaviour in cyberspace. Prasad said India is open to sharing its best practices for greater collaboration and cooperation in the area of cyberspace.

"Digital inclusion, digital access and digital security should become important signposts of cyberspace. Access to internet should not be negotiable, and should be available without discrimination," he said.

There is a raging debate going on over net neutrality globally. Recently, US regulator Federal Communications Commission had said it plans to roll back the "net neutrality" rules adopted in 2015.

In India, sector regulator Telecom Regulatory Authority of India (TRAI) is slated to announce its recommendations on the issue soon as the consultation process is still on.

Earlier today, TRAI Chairman R S Sharma told PTI that the regulator's recommendations on net neutrality will be in the Indian context, guided solely by national interest. "We are going to be pragmatic and guided solely by what is in the interest of the country," Sharma said.