The development comes after a delegation led by Assistant United States Trade Representative (AUSTR) Christopher Wilson visited India on July 11-12 to explore potential for enhanced bilateral trade and economic engagement with India under the new government. 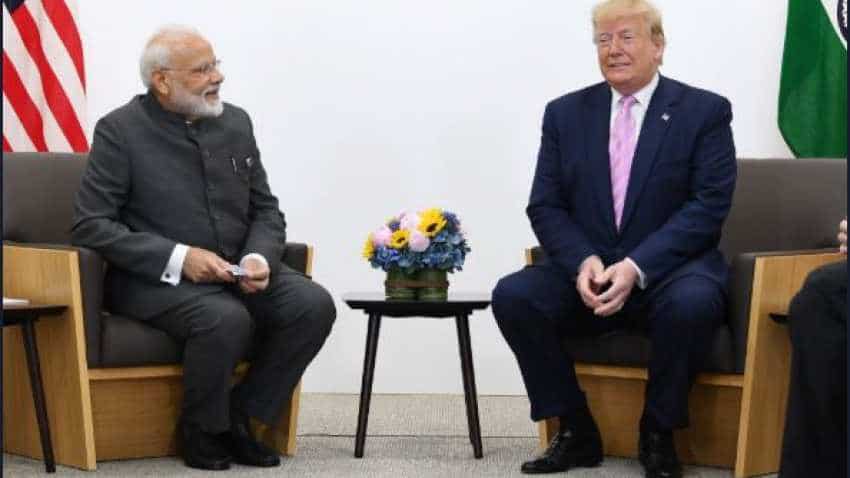 India and the United States will continue discussions over bilateral trade-related issues, the government said on Friday. According to the Central government, both sides have agreed to continue "their discussions for achieving mutually beneficial outcomes aimed at further growing the economic relationship and addressing mutual trade concerns".

The development comes after a delegation led by Assistant United States Trade Representative (AUSTR) Christopher Wilson visited India on July 11-12 to explore potential for enhanced bilateral trade and economic engagement with India under the new government.

Subsequently, the US delegation held bilateral talks on Friday with the Indian delegation led by Sanjay Chadha, Additional Secretary, Department of Commerce, which included senior officials from other ministries.

"The meeting was cordial and aimed at providing a new impetus to bilateral trade and commercial ties, in line with the mandate given by Prime Minister Narendra Modi and US President Donald Trump during their meeting at Osaka, Japan on 28 June, 2019," the government said in a statement.

"Both sides discussed the broad contours of bilateral trade and commercial ties and agreed to continue their discussions for achieving mutually beneficial outcomes aimed at further growing the economic relationship and addressing mutual trade concerns."

Wilson also called on the Commerce Secretary and Commerce & Industry Minister during the visit. The meet assumes significance after Trump earlier this week hit out at India over the issue of tariffs, less than a fortnight after he discussed the issue with Prime Minister Modi in Japan and both agreed to address the issue.

In the tweet, Trump said, "India has long had a field day putting tariffs on American products. No longer acceptable!"

Earlier, before his meeting with Modi on June 28, Trump had tweeted: "I look forward to speaking with Prime Minister Modi about the fact that India, for years having put very high tariffs against the United States, just recently increased the tariffs even further. This is unacceptable and the tariffs must be withdrawn!"

India has slapped tariffs on 28 US products including Harley-Davidson motorcycles and US-grown apples, after Washington withdrew its longstanding preferential status on June 1 that exempted billions of dollars worth of products from US levies.

During their meeting, Modi told Trump that India had taken some action after the General System of Preferences (GSP) was revoked by the US and "we should now look forward and we should see how we can resolve some of these issues," according to Foreign Secretary Vijay Gokhale.

"There was a discussion on trade. Both sides aired their concerns, both sides spoke about the interest of the other side and what was agreed was that the trade ministers of both countries would meet at an early date and would try and sort out these issues," Gokhale had said after the meeting.