The US decision to withdraw export incentives from India has been taken in a "haste" and would hurt the domestic exporters, industry chamber CII said Monday. 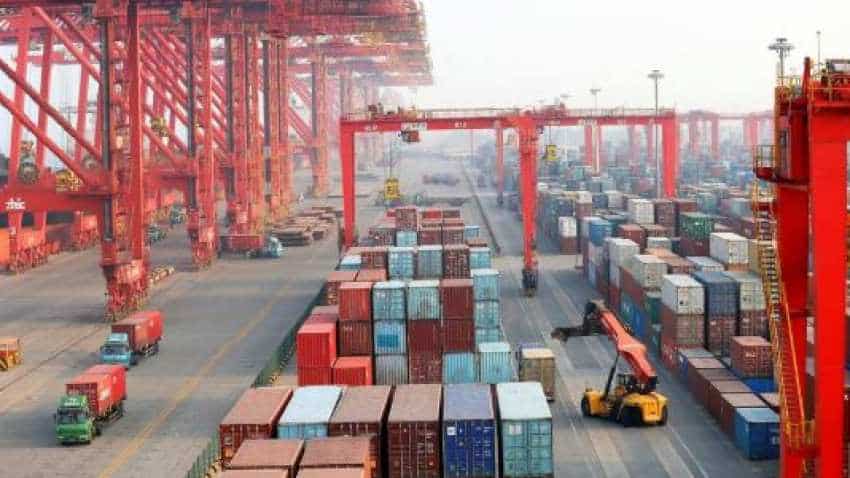 The US has alleged that India is not providing equitable market access to its companies and has raised serious concerns over capping of price on certain medical devices. Reuters

The US decision to withdraw export incentives from India has been taken in a "haste" and would hurt the domestic exporters, industry chamber CII said Monday. CII President Vikram Kirloskar expressed hope that both the US and India would discuss the matter and find an amicable solution to this issue. The US has said it will withdraw incentives provided to Indian exporters under its Generalized System of Preferences (GSP) programme with effect from June 5. "The issue of GSP has ben done in a little bit of haste...It is certainly going to hurt us, especially small item exporters," he told reporters.

He added that rolling back these benefits would impact both Indian as well as US companies. "It impacts both the sides, not only us. It is boosting the competitiveness of US manufacturers by lowering their cost. About two-third of US imports are under GSP programme and they are raw materials or components to manufacture goods," Kirloskar said. He said the programme helps American consumer by eliminating duties on varieties of expensive consumer goods and these benefits are real and tangible. "US importers enjoyed nearly USD 730 million in savings on import duties under GSP programme in 2016 and 2017. It saved American companies USD 894 million," he said.

Commenting on the issue, the Trade Promotion Council of India (TPCI) said India is firmly planning to counter the US decision to withdraw GSP on Indian goods by imposing retaliatory tariffs in the coming months. TPCI Chairman Mohit Singla said the withdrawal of benefits "will not" make much difference as Indian exports are all geared up to take this challenge. "Even the US was benefitting from the GSP regime, since the intermediary inputs provided by India helped keep its industry competitive. This withdrawal of GSP is only going to inject the estimated additional burden of USD 190 million, which is miniscule compared to India's overall export to US," he added.

India was the largest beneficiary of the GSP programme in 2017 with USD 5.7 billion in imports to the US given duty-free status, Singal said in a statement. India's top exports to the US under GSP included motor vehicle parts, ferro alloys, precious metal jewellery, building stone, insulated cables, leather products, garment and wires. The Federation of Indian Export Organisations (FIEO) said that the US decision would have minimal impact on Indian exporters. "However, in respect of products having GSP benefits of 3 per cent or more, exporters may find it difficult to absorb the GSP loss," FIEO President Ganesh Kumar Gupta said in a statement.

The sectors which would be impacted include most imitation jewellery, leather articles, pharmaceuticals, chemical and plastics, basic and processed agri goods, he added. "Government should provide some supports to products where GSP loss has been significant so that the market is not lost. Extension of rebate of state and central tax levies scheme on such products on exports to US will be beneficial," Gupta said. As many as 1,900 Indian products from sectors such as chemicals and engineering get duty free access to the US market under the GSP, introduced in 1976.

The US has alleged that India is not providing equitable market access to its companies and has raised serious concerns over capping of price on certain medical devices. It is also seeking market for its dairy products. The US' demand for relaxation in norms for exports of medical devices and dairy products are non-negotiable for India.

USA, EU, UK agree to remove selected Russian banks from SWIFT; what will be its impact?

US will cut Russia off from tech, resources if Putin escalates: Deputy US Deputy Treasury Secretary