India to do a first, make Lithium Ion batteries in country; this is how it will benefit you 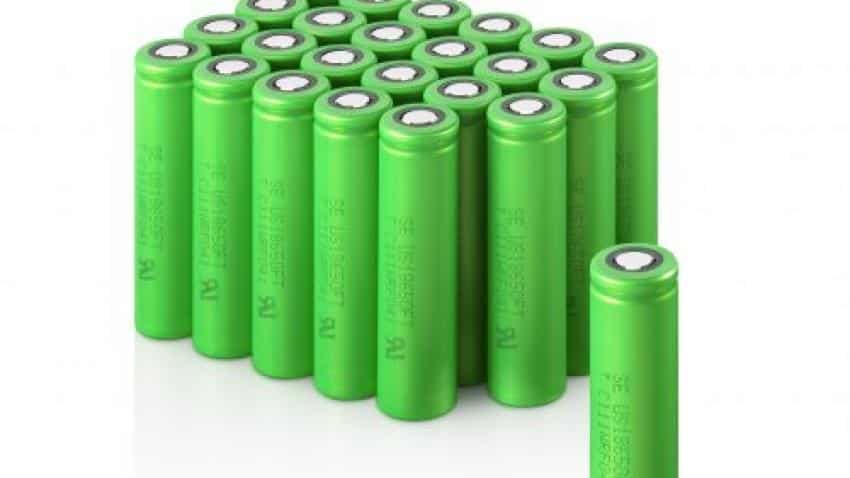 India, one of the largest importers of Lithium Ion batteries in the world, is all set to ink a first of its own in this space! The country now has the technology to manufacture these special batteries on its own and it is expected to give a boost to two flagship programmes of Prime Minister Narendra Modi – increasing the share of Clean Energy in the energy basket by generating 175 Giga Watts by 2022, of which 100 Giga Watts will be Solar and the second, National Electric Mobility Mission, to switch completely to electric vehicles by 2030. Both of these schemes are expected to transform the lives of the common citizen going forward. Union Minister Harsh Vardhan said that the project is in tune with Prime Minister’s vision of “Make in India”, to turn India into a manufacturing hub and to cut down outflow of foreign exchange.

CSIR-CECRI has set up a demo facility in Chennai to manufacture prototype Lithium-Ion cells. It has secured global IPRs with potential to enable cost reduction, coupled with appropriate supply chain and manufacturing technology for mass production, a Ministry of Science & Technology statement said. “Today’s development is a validation of the capabilities of CSIR and its laboratories to meet technology in critical areas to support our industry, besides other sectors,” said Vardhan after signing the agreement.

Raasi Group will set up the manufacturing facility in Krishnagiri district of Tamil Nadu close to Bengaluru. “We want to bring down the cost of cell manufacturing below Rs. 15,000/- per KW to replace Lead Acid Battery,” said Narasimhan. “We also have plans to make Lithium Ion battery for solar roof top with life span of 25 years to make it affordable enough to drive the Photo Voltaic segment.”