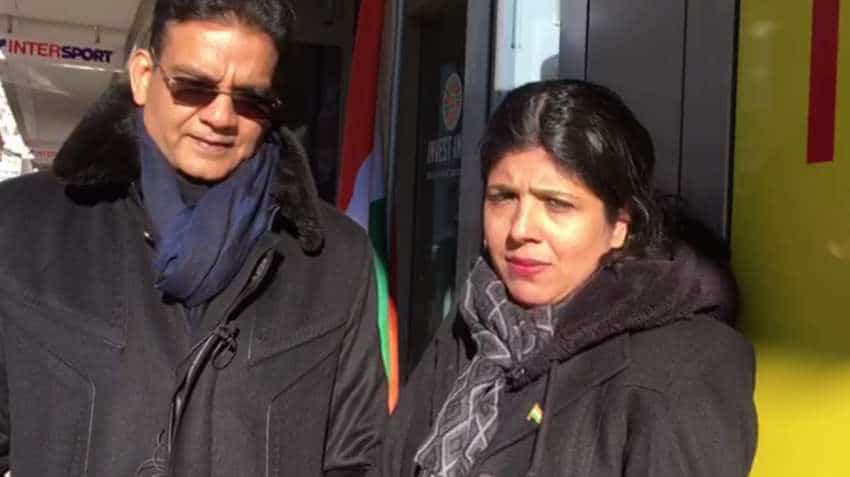 India is the fastest growing economy and is growing at a rate of about 7.5 per cent at present. And, India has an opportunity to grow its economy amid the ongoing trade war between the US and China.

BK Goenka, Chairman Welspun Group & President ASSOCHAM, during an interview with Swati Khandelwal, Zee Business, said India can grow by 8-9 per cent if a stable government comes to power after the election is over. Edited Excerpts:

Q: India is being considered as a bright spot at World Economic Forum (WEF) and several people want to bet on India but need a stable policy for it. Do you think that we are ready to attract those investments from foreign companies?

A: India is the fastest growing economy and is growing at a rate of about 7.5 per cent at present. And, India has an opportunity to grow its economy amid the ongoing trade war between the US and China. Post-election, if we have a stable government and policy than we will have a chance to grow the economy at the rate of 8-9 per cent.

The forum is talking about China, the US, sustainability, digital platform and the way in which whole technology is moving across the world and I feel India is positioned well on the three things. If we talk about sustainability, then we have progressed in solar and renewable power and hope that we can progress more on the subject. Similarly, India has an opportunity to utilise the trade issue between China and the US to propel its growth.

Q: At the time when the interim budget is around the corner, I will like to know about India Inc. expectations from it.

Q: Do you think that it is a right time when RBI should announce a rate cut in upcoming policy, if yes, then to what levels?

A: I feel, it should go for a rate cut at least when inflation is under a control. I as an ASSSOCHAM President and other bodies of the industry has met the governor last to last week on the issue. I feel that a rate cut will be announced as the overall situation is quite conducive at present.

Q: What are Welspun Group’s projection and plans for this year and next year? Have you met the target of the year and what are your expectation on the bottom line and top line?

A: We are into different verticals like textiles, pipes, and infrastructure, and we have grown by at least 10-25 per cent in every vertical. Our textile business will report a double-digit growth of about 10 per cent and the pipe business will grow by around 15 per cent. Infrastructure was a new addition to our business and it will report good growth, which can be double to the growth that it achieved in the last financial year.

Q: Provide your outlook and targets for the next financial year?

A: I am sure that we will get a stable government after the elections are over as it will bring supporting policies. It will be beneficial for the industry. We have a special focus on infrastructure and hope that we will be able to maintain the growth that we have achieved in this financial year.