In the World Bank Ease of Doing Business ranking, India cracked the top 100th list for the first time last year. This was one of the bigger achievement of Prime Minister Narendra Modi. 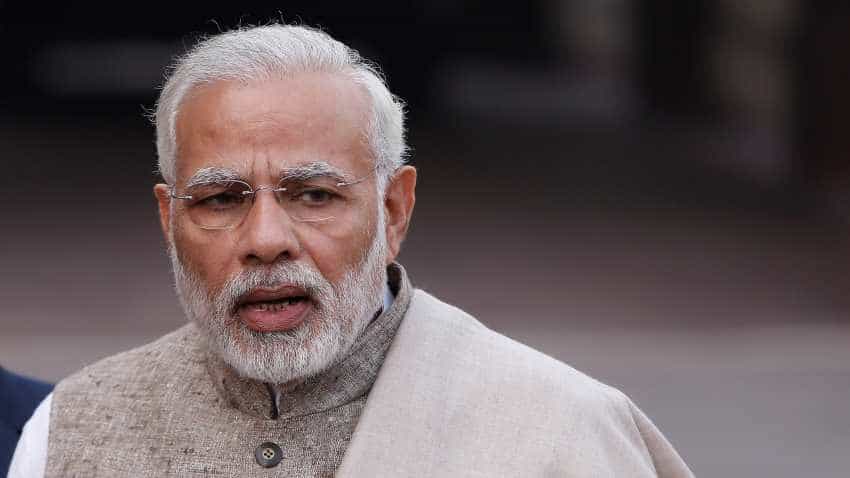 Everyone is waiting keenly for India’s rank in the World Bank Ease of Doing Business report, which will be announced today evening. Markets however, have reacted negatively ahead of the announcement, with Sensex giving away its 34,000-mark. At around 11:30 hours, Sensex was trading at 33,803.85 down by 87.28 points or 0.26%, whereas the Nifty 50 was below 16.55 points or 0.16% trading at 10,181.85. On the other hand, the NDA government is quite optimistic on the country’s ranking, and they believe it will be better than what was recorded last year. In the World Bank Ease of Doing Business ranking, India cracked the top 100th list for the first time last year. This was one of the bigger achievement of Prime Minister Narendra Modi, which indicated that the country has emerged as fastest growing economy.

During two day visit in Japan, Prime Minister Narendra Modi took the opportunity to talk about the index. Modi stated that his government was working toward a better position in the Ease of Doing Business index.

Modi also mentioned that he has always kept the ease of doing business on top of his priority list. He highlighted that the country was at 140th position in the ‘ease of doing business’ ranking of the World Bank when the NDA government took over the responsibility in 2014.

Now that India has reached 100th position, Modi has reiterated that he is working towards making it even better.

Even Suresh Prabhu the Commerce and Industry Minister also hinted towards improvement in India's ranking in the World Bank's ease of doing business report. A formal announcement will be made by the government today, alongside the release of World Bank report.

When India jumped 30 places above and earmarked the 100th spot, it was indicated by Annette Dixon, Vice President, South Asia region, that the country’s endeavors would further strengthen its position as a preferred place to do business globally.

As per World Bank last year, India was the only large country this year to have achieved such a significant shift. Finance Minister Arun Jaitley reacted on the 100th rank, saying, “ The country strives to be in top 50 in doing business ranking. Biggest jump India got in the ease of doing business was on taxation reforms."

Countries are being ranked on their ease of doing business starting from 1st to 190th position. A high ease of doing business ranking means the regulatory environment is more conducive to the starting and operation of a local firm.  The rankings are determined by sorting the aggregate distance to frontier scores on 10 topics, each consisting of several indicators, giving equal weight to each topic.

One of the reason why India’s position can go upward would be the country’s economic growth. India’s GDP in Q1FY19 surprised with a growth rate of 8.2% against expectations of around 7.5%. Last quarter it had recorded growth of 7.7%. Interestingly, the economy’s growth was boosted by GVA which takes into performance industries. The GVA of India came in at 8% in Q1FY19.

It was revealed that employment generating sectors like Agriculture, Manufacturing and Construction sector have contributed significantly to the growth. Core GVA (excluding Agri and Public Services) grew at 8.1% (y-o-y) indicating strong growth in both Industry and Services.

In Q1FY19, agriculture, forestry and fishing recorded growth of 5.3% compared to 4.5% in Q2FY18, whereas the industry sector which included mining and quarrying, manufacturing, electricity, gas, water supply and other utility services and construction sector posted growth rate of 10.3% slightly lower compared to 11.5% in Q4FY18. Meanwhile service sector rose to 7.3% in Q1 compared to 6.7% in Q4FY18.

Meanwhile, the World Bank also take into consideration how many companies have been registered this year, apart from that how many bills are passed.

In the beginning of monsoon session in July, it was known that, there were somewhat 68 bills pending in the Lok Sabha and 40 in the Rajya Sabha. From these, 28 pending bills in Lok Sabha were introduced by the NDA government after they took charge in 2014.

Later in August 2018, a total of 20 bills were passed during the parliament session from July 18 to August 10.

Bills that were passed are:

Going ahead, last time the World Bank did not taken into consideration the GST impact on the business. GST has been implemented since July 01, 2017, and replaced over dozen of taxes levied on various goods and services. The World Bank takes into countries performance from June 01,2016 to June 01, 2017, hence the GST impact will be seen in the current ease of doing business ranking.

Where does India stand? We will come to know in just a few hours. If the country goes further up from 100th position, then it would be a very good sign for NDA government, which is preparing for General Election 2019.