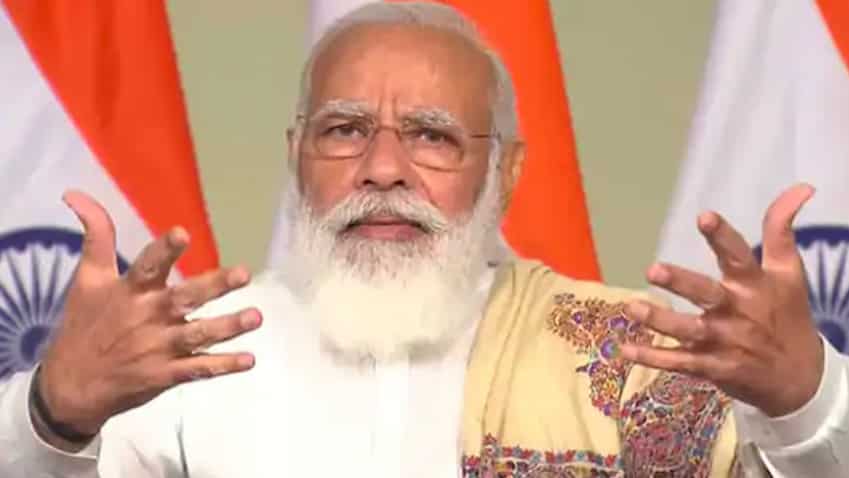 Months of hard effort by governments has gone into it and now numbers are showing who got it right. Significantly, the strategy that India deployed has been successful in protecting its population.
Reported By: ZeeBiz WebTeam
Written By: ZeeBiz WebTeam
Edited By: Harish Dugh
RELATED NEWS

Covid-19 pandemic has spread fear and confusion in equal measure across the world and countries have scrambled to deploy their healthcare assets in the best way possible to stop the dreaded virus from spreading. Months of hard effort by governments has gone into it and now numbers are showing who got it right. Significantly, the strategy that India deployed has been successful in protecting its population.

In fact, as countries across the world continue to put up a fight against Covid-19 pandemic, India has emerged as the leader in saving lives as is clear from the data. Indian government has received much praise for its ability to contain the panic around the coronavirus and limit its progress, allowing it to emerge as a shining example for other countries to emulate. This also includes developed countries where there is huge amount of disappointment about their governments' actions, including the US and the UK even though they have massive healthcare resources.

As of 28 November, While India saw 98 deaths per million population, USA saw 813, Brazil saw 805, France saw 780, Spain saw 955, UK saw 846 and Italy 888. Almost all these countries have about 8-9 times more deaths than India on a per million basis. This is despite the fact that many of these countries are said to be developed countries with much better healthcare systems than India!

Check out the big numbers below:

· Currently, India’s curve is showing a downward trend. From the peak of almost 97,894 daily cases in mid-September, on 26 November there were 43,174 cases.
· India seems to have bent the curve (as of 25 November) when one considers the daily cases with a 7-day moving average.

Here’s the daily deaths, as of 25 November, by the same yardstick.

· The Oxford University COVID-19 Government Response Stringency Index shows how proactively and decisively a country’s government has acted against the spread of the pandemic.

· This means, PM Modi took quick and proactive decisions, and went all out to attack the Covid-19 pandemic even before it could spread major havoc in the country.

What Were These Quick Decisions That PM Modi Took?

· India was among the quickest to react at the government and institutional level.

· China notified the world on 7 January about the Wuhan virus. The very next day, India had a mission meeting on 8 January.

· India started screening passengers from 17 January, among the first countries in the world to do so.

· First case in India was detected on 30 January and aggressive containment and screening measures were instituted then and there.

· On the other end of the spectrum, India was among the first to introduce Rapid Antigen Tests along with RT-PCR tests. India was criticised initially for this strategy but later the WHO itself has adopted this model.

· It was in March first week itself that PM Modi announced that he would not join any Holi Milan event since the scientific advice was to stay away from social gatherings. It was among the earliest examples among world leaders to send a message to the country.

· When PM Modi sent this message of staying away from mass gatherings to millions of countrymen, India did not even have 50 cases!

· Large parts of India made masks mandatory way back in April itself, with PM Modi himself wearing masks in public since early April, while the WHO waited till June before recommending it to the world over.

· When PM Modi called for a complete lockdown on 24 March, India had just about 500 cases.

· India could have waited or delayed imposing a lockdown and risked going down the European or USA trajectory.

· That is when Prime Minister Narendra Modi took the decision to impose a national lockdown, which till then no other country had taken so early.

· This one decision changed India’s trajectory.

· If the lockdown option is exercised late, it really does not help since exponential phase is already on. By this time the hospitals are already full and deaths pile up.

· Moreover, this was a crucial period for the government to build up infrastructure to treat the pandemic.

· As we already saw, PM Modi led the way in refraining from social gatherings in early March during Holi. This had already conveyed the seriousness of the situation to millions of people.

· Next, he addressed the nation and came out with a unique Jan Bhagidari initiative called ‘Janata Curfew’. He exhorted the people themselves to observe a countrywide lockdown of one day and show the world how India could unite to fight the pandemic.

· The people responded in an emphatic way. This prepared the nation mentally for an upcoming lockdown.

· Next, PM Modi announced a nationwide lockdown from March 24. In the same address, he gave the message of ‘Jaan Hai Toh Jahaan Hai’ to convey the seriousness of the situation.

· During the lockdown, PM Modi called for people to light lamps and show solidarity with each other. He also asked them to show support to healthcare professionals in a unique way. This sent a wave of positivity across the nation.

· Next, before the ‘Unlock’ phase, PM Modi addressed the nation again and guided them with the philosophy of ‘Jaan Bhi Jahaan Bhi’.

· India had gone into lockdown early and also went into the Unlock phase pretty early.

· Throughout these phases, his personal leadership assured every Indian that they were in safe hands that was following sound scientific advice and putting the objective of saving lives above everything else.

· This is the reason for today’s situation where India’s infections per million and deaths per million are both much lower than many developed countries.

Help From the Government Throughout the Pandemic

· While the nation was fighting the pandemic, there was also an urgent need to fight poverty.

· There was a need to ensure that the disruption doesn’t become distress for the poor.

· Immediately, the Modi government swung into action to help the poor.

· The numbers achieved by this programme are mindboggling and could have made some world records in itself!

· Rs 2,814.50 crore was transferred to about 2.81 crore old age persons, widows and disabled persons in 2 installments.

· And remember, wherever cash transfers were done, they went directly to the bank accounts of the beneficiaries – no leakages!

Pharmacy of the World

· Today, PM Modi is on a 3 city visit to personally review the vaccine development & manufacturing process. This includes the Zydus Biotech Park in Ahmedabad, Bharat Biotech in Hyderabad and Serum Institute of India in Pune.

· India is not only leading the world in research for vaccines but will also be crucial for the world’s vaccine production.

· Next month, ambassadors of 100 countries are scheduled to visit Pune on December 4, they will visit Serum Institute of India and Gennova Biopharmaceuticals Limited!

· India has become the Pharmacy of the World in its fight against the pandemic.

Impact of the Unlock Most High Frequency Indicators Looking Up

· India went into lockdown early and also unlocked the economy much earlier.

· The impact of this is seen in most high frequency indicators seeing an uptick!

· Manufacturing Purchasing Managers’ Index (PMI) rose from 56.8 in September to 58.9 in October, 2020, registering the highest figure in over a decade.

· Power consumption clocked double digit YoY growth of 12.1 per cent in October and 4.5 per cent in the first 24 days of November, reflecting a post-recovery rebound and even in growth economic activity across all spheres – agriculture, industry and services.

· Domestic tractor sales posted a 7 per cent YoY growth in October, auguring well for rural demand and signaling an early indicator of the transformation arising from agricultural reforms introduced under Aatmanirbhar Bharat package.

· E-way bills generated witnessed a double-digit YoY growth of 21.4 per cent in October, reaching an all-time high of 641 lakh, and 7 per cent in the first 23 days of November.

· Cargo traffic volumes in October have reached 7 per cent of previous year levels, registering a 1.23 per cent YoY growth.

Economic Impact of the Pandemic

· GDP growth numbers naturally went down, given the disruption due to the pandemic.

· Between these two quarters, already a huge improvement can be seen in private consumption expenditure.

· Manufacturing has grown by 0.6% in Q2 as compared to a contraction of (-) 39.3% in Q1.
· Here’s a comparison with other economies globally which shows India’s position is better