In a first, MEMU with Indian Railways 'Train 18' tech rolled out 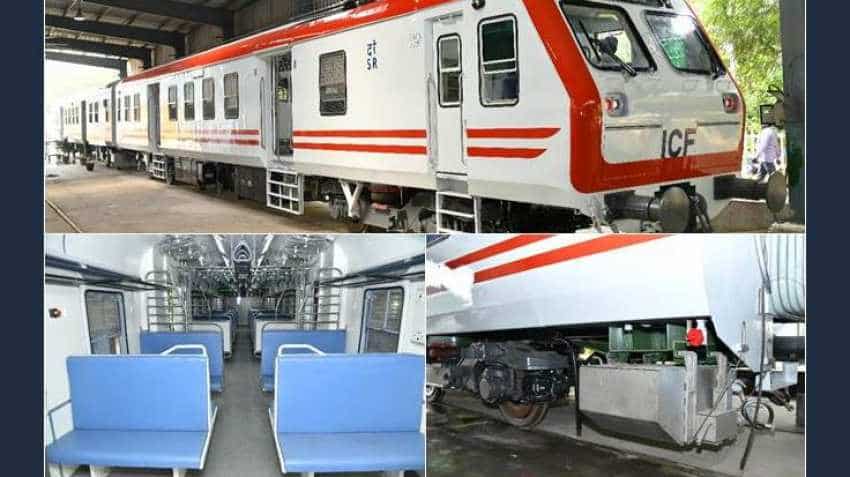 Meant for suburban trains, the Rs 26-crore prototype can run at a speed between 110 kmph to 130 kmph and would be allotted to Northern Railway, an ICF release said. The underslung propulsion technology enabled saving of space and ICF would introduce the feature in EMUs (Electric Multiple Units) as well, it said.

The MEMUs currently have a capacity to carry 2,402 passengers, while the new MEMUs with six passenger coaches can carry upto 2,618 passengers, the release said. Prior to commercial operation, the train would undergo tests and trials, it said.

The MEMU has various provisions, including 'talk back system' to enable passengers converse with the driver during emergencies, a CCTV surveillance system, cushion seats and screw-less interior panels, the release said.

ICF also unveiled its first self-propelled inspection car (SPIC), which does not require diesel or an electric locomotive to haul an inspection coach, it said. "ICF has now turned out the first-ever SPIC for Indian Railways.

The prototype SPIC has been manufactured at a cost of around Rs 4.5 crore," the release said, adding that the expensive-to-operate diesel or electric locomotives meant to haul passengers coaches would no longer be used for inspection.