Sudhanshu Mani, former GM of the ICF who oversaw the production of Vande Bharat Express, told ZeeBiz.com that ICF has a fantastic team and it only needed to harness the enthusiasm of the team to achieve the record. 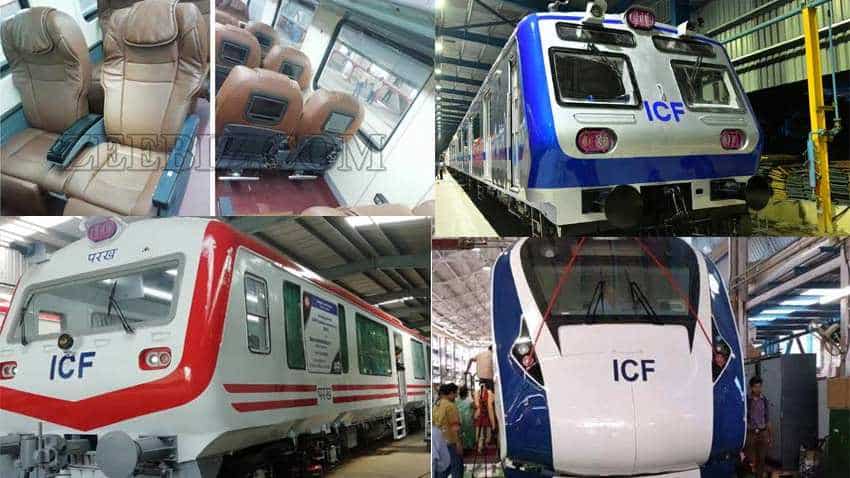 The ICF had started its operations in 1955 and has so far turned out 59,453 coaches in various designs.
Written By: Akash Sinha
RELATED NEWS

No one would have believed that PM Narendra Modi's Make in India initiative would bring this honour to the country! While the Modi government has been working to promote 'Make in India' in most sectors including smartphones and defence, Indian Railways led from the front. Recently during the five-year report launch of the railways, minister Piyush Goyal said that PM Modi had encouraged the railway coach factory to boost its production. In the year 2014-15, Modern Coach Factory, Raebareli had produced 140 coach while in the FY 2018-19, it has so far produced 1,283 coaches and aiming to close the FY with record 1,422 coaches.

Not only this, the Integral Coach Factory, Chennai, which developed and produced Vande Bharat Express, has broken the record of top Chinese rolling stock manufacturer which produces around 2600 coach a year. Every year, ICF is creating new records by turning out more number of coaches in new types. This year, so far ICF has rolled out 2,919 coaches as of 28th February 2018 which is huge, when compared to 2085 coaches and 1976 coaches turned out during the same period in the year 2018 and 2017 respectively. It is expected to roll out around 3,300 coaches by the March end.

Sudhanshu Mani, former GM of the ICF who oversaw the production of Vande Bharat Express, told ZeeBiz.com that ICF has a fantastic team and it only needed to harness the enthusiasm of the team to achieve the record.

"When we reached 2503 coaches in 17-18, a rise of 500 coaches, or 25% increase in 2 years, and that too with more variety, more self/propelled and LHB coaches, I knew that ICF was geared for greater heights. We had already become the largest coach factory in the world. We had a fantastic team. All we needed was to harness the enthusiasm of the team, go for more judicious outsourcing of activities, take measures to improve the productivity of our staff through collective interaction at every level and keep the morale of the team high," said Mani.

Mani added that the ICF team was on a high as Train 18 had created a wellspring of excitement.

"The team responded very well. They already were on a high as design and manufacture of Train 18, the first indigenous semi high speed rolling stock completely conceptualized, designed, engineered and manufactured in India, had created a wellspring of excitement. All good committed staffs were motivated through so many HRD measures like inaugurations only by staff members, family tree, vanams/parks named after senior staff, liberal awards and certificates etc. The rest is history. In the early part of FY18-19 itself, we realized that we would cross 3200 coaches in FY18-19 and there you are. ICF will turn out more than 3300 coaches this year," said Mani.

It's noteworthy that the ICF has already been given the order to produce 44 more Train 18 sets.

The ICF had started its operations in 1955 and has so far turned out 59,453 coaches in various designs.