How to Vote India - Google is helping the country with its Google Doodle that guides out the process of how to vote to the people as Lok Sabha 2019 or General Elections 2019 started from today, April 11 and would be conducted over 7 phases across the nation. 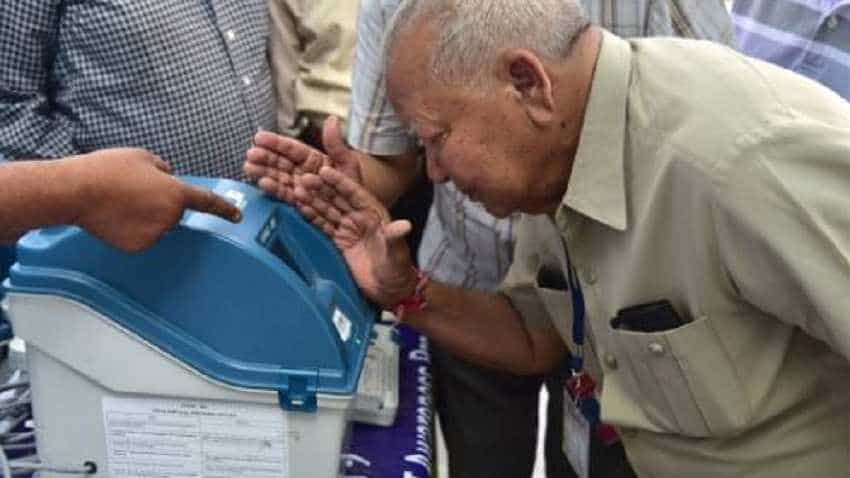 It is important to note that mobile phones and cameras are not allowed to carry inside the polling station. IANS

How to Vote India

World's largest democracy commences vote exercise today as General Elections 2019 begin. India has a voter base of over 90 crore, each one with the right to make a choice and a difference. To make India's General Elections a grand success, Google is helping the country with its Google Doodle that guides out the process of how to vote to the people. Lok Sabha 2019 or General Elections 2019 started from today, April 11 and would be conducted over 7 phases across the nation. In 2014, around 814.5 million people were eligible to vote. However, only 66.40% or 540.82 million people out of total turned out to vote. People and influencers all over the nation are asking people to turn out in large numbers and exercise their respective franchise.

Lok Sabha 2019: Here is a step by step process on how you can use your right to vote:

Lok Sabha 2019: Step by step process on what to do and How to vote

2. Marking of inedible ink: The second polling officer would mark voter's finger with the indelible ink, that signifies that the person has been verified and present at the booth. The official would also give a slip and ask the person to sign the register to confirm your presence at the polling station.

3. Handover the slip and enter the voting space: Now you would be asked to move to the third step and hand over the slip to the third officer. By showing your inked finger, confirming that you have been verified, the officer would guide you to the polling booth.

5. Verfication slip in VVPAT box: After your exercise of voting, a slip would appear in the transparent window of the VVPAT machine, containing candidate serial No., Name and Symbol that would be visible on the slip for about 7 second and then it would drop in the VVPAT box.

6. Confirmation of vote: Congratulations, now you have successfully exercised your right and your franchise as an Indian Citizen.

It is important to note that mobile phones and cameras are not allowed to carry inside the polling station. The voters are advised to always carry their identification documents to the polling booth.