Turn your Rs 1000 into Rs 1,680 with this stock; get whopping profit in just one year, expert says

The fundamentals of the Yes Bank scrip seem sound and we recommend buy for an upside of near 68 per cent from its current market price in long-term perspective. 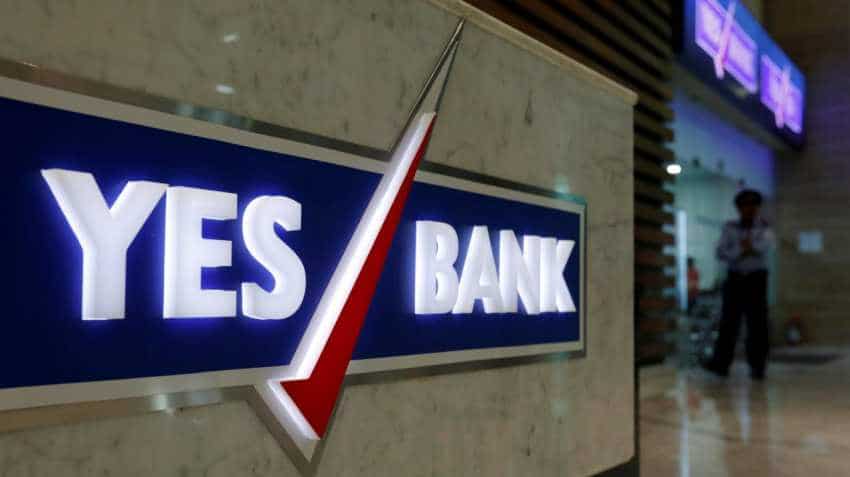 The Yes Bank shares can see some positive movement after the appointment of new CEO. However, the scrip will see a strong resistance at Rs 235-240 levels. Photo source: Reuters

Investing your funds in such a way that it grows at faster rate is one of the msot puzling question for the investors. However, this trend can be counter-productive too if money is invested in the wrong product. However, here is a strong rising opportunity. Buoyed by stable performance with higher NII growth, equity experts are bullish on Yes Bank stock. They are expecting a whopping near 68 per cent gains in the scrip in around one year time. It means an investor can expect his Rs 1,000 investment to become Rs 1,680 in a mere nine to twelve months time, say experts.

Speaking on the company fundamentals Rakesh Kumar, Equity Analyst at Elara Securities told Zee Business Online in a written statement, "In Q3FY19, YES Bank (YES IN) posted stable performance with higher NII growth. MTM gains were partially offset by low non-interest income and elevated provisioning towards IL&FS exposures. The bank announced appointment of Mr. Ravneet Singh Gill as new MD & CEO from March. The only joker in the pack is likely divergence, to be reported in Q4FY19. In end-FY17 & end-FY18, the bank reported divergence at 4.3 per cent & 4.8 per cent of standard loans. Going by this, for end-FY18, including divergence, GNPA could be in a proximity of INR 75-80bn against end-Q3FY19 GNPLs at Rs 52bn." He went on to add that with CET 1 at 9.1 per cent against statutory requirement of 7.375 per cent by March 2019, and likely credit quality performance in Q4FY19, the bank management preferred to compromise on credit growth. This resulted in muted credit off take resulting in credit growth of 1.8 per cent QoQ. It resulted in fall of 35 per cent YoY in corporate fee income. The management, however stated, despite being close to core capital threshold, the bank was able to handle business worth around Rs 200bn but only Rs 42.6bn have been added to net advances. The rest has been managed by way of sell-down, run-down, premature repayment etc, a large proportion of which took place during fag end of the quarter.

On what he suggests to the market investors Rakesh Kumar of Elara Securities told, "The fundamentals of the company seem sound and we recommend buy for an upside of near 68 per cent from its current market price in long-term perspective." Currently the strip is priced at Rs 215 per share and as per Elara Security's expert, it can show the levels of Rs 363 by the end of 2019.

Speaking on the matter Chandan Taparia, Derivative and Technical Analyst at Motilal Oswal told, "The Yes Bank shares can see some positive movement after the appointment of new CEO. However, the scrip will see a strong resistance at Rs 235-240 levels. So, a trader can take a buy position maintaining a stop loss below Rs 200 levels and book profit once it reaches the levels of Rs 235 to Rs 240 levels." Yes Bank shares closed at Rs 219.95 levels on Friday.