Yes Bank plunges 9%; Buy it at lows; this lender can make you a crorepati going forward

Well, when Yes Bank will actually find its new CEO & MD will be keenly watched. But for now the real question is, should you invest in Yes Bank shares? 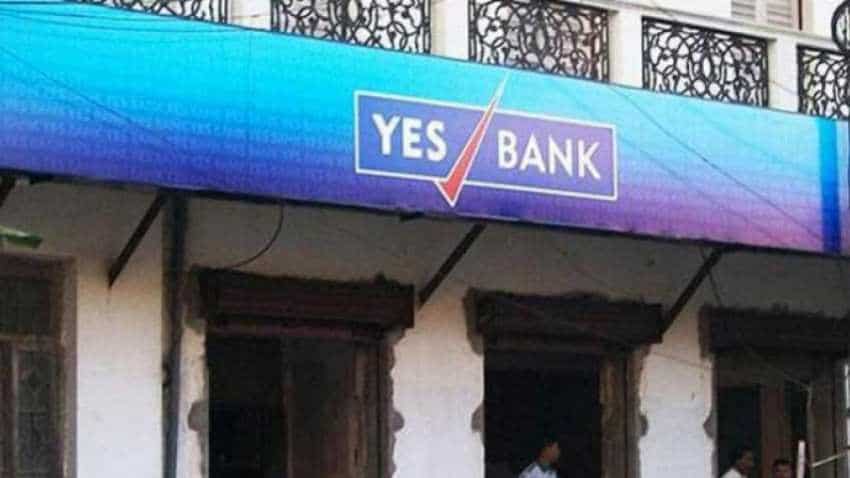 It was a tragic day for Yes Bank investors as its share price crashed on stock exchanges today. While Sensex and Nifty 50 ended on positive note, the share price of Yes Bank finished at Rs 191.30 per piece down by Rs 14.70 or 7.14%. However, during the trading session, the bank had plunged by nearly 9% on the index after it touched an intraday low of Rs 187.90 per piece. This downfall was courtesy O.P Bhatt, former chairman of SBI, deciding to resign from the external expert's position on Yes Bank’s Search Committee - it is supposed to find a suitable new MD & CEO to take on their founder, Rana Kapoor’s place. It definitely is a setback for Yes Bank, as RBI’s deadline is nearing. RBI rejected Kapoor’s appeal for extending his tenure and asked him to exit from Yes Bank by end of January 2019.

Investors lost their faith when the news broke that Yes Bank will need to find a new MD & CEO. Investors were optimistic in Yes Bank under Kapoor’s reign.

Investors almost immediately found favor in Yes Bank, when these two external members were added. With the search committee in place, Yes Bank was seen to find a successor soon, however, now that Bhatt has decided to exit, there can be possibilities of further delay in Yes Bank finding a new CEO & MD search.

On November 15, 2018, Yes Bank informed BSE saying, “We would like to inform that Mr. 0. P. Bhatt has tendered his resignation from his duties as an External Expert of the 'Search & Selection Committee' ('S&SC') with immediate effect citing that there may be a potential conflict of interest.”

However, the bank tried to restore faith by saying that, the Nomination & Remuneration Committee ('NRC') of the Bank while accepting Bhatt's resignation has recognized his guidance and inputs during his association with the S&SC as an External Expert.

Yes Bank further added, “Given the significant progress made by the S&SC with the support of Korn Ferry, over the past three meetings, (most recent being held on November 13, 2018), in its mandate to identify a suitable successor to Shri Rana Kapoor, MD & CEO, YES BANK, the NRC has decided to continue with the existing members to complete the process as per the timeline communicated by RBI.”

Well, when Yes Bank will actually find its new CEO & MD will be keenly watched. But for now the real question is, should you invest in Yes Bank shares? Guess what! When Yes Bank is trading at lows like today, it would be a very good opportunity to purchase this stock, as it is set to be a money making machine going forward. The bank’s share price outlook for one year, can even make you crorepati.

In Macquire’s view, the key monitorables for Yes Bank are (i) appointment of a credible CEO and (ii) the FY18 divergence report. Both monitorables will unravel in January 2019.

Yes Bank’s search committee plans to submit a list of three potential candidates by mid-December as they need to replace the current MD & CEO Mr. Rana Kapoor by end-January 2019 at the latest.

Banodkar added, “All requisite approvals (board and shareholders) has been obtained for a fresh equity raise, but Yes Bank would make a decision to raise additional fresh equity once the uncertainty over a successor is resolved.”

Following which, Banodkar said, “We maintain our Outperform rating on Yes Bank although the above two monitorables remain key.”

On other hand, SBICap Securities said, “Yes Bank has lost nearly 60% of its market capitalization over the past 8 weeks on the back of a) uncertainty around leadership succession; b) lack of adequate growth capital; and c) potential overhang from asset quality divergences.”

Analysts at SBICap said, “We believe Yes Bank needs to accord the utmost priority to regaining regulatory confidence and credibility on leadership and divergence parameters. In this context, Yes Bank’s recent approach to impairment recognition appears conservative and should help avoid divergences in the future.”

They added, “We opine that investor confidence will automatically follow once the bank is able to re-establish credibility with the RBI.”

If we take today’s share price and SBICap’s target price, then Yes Bank is set to give you a massive 64.66% return in one year’s time.