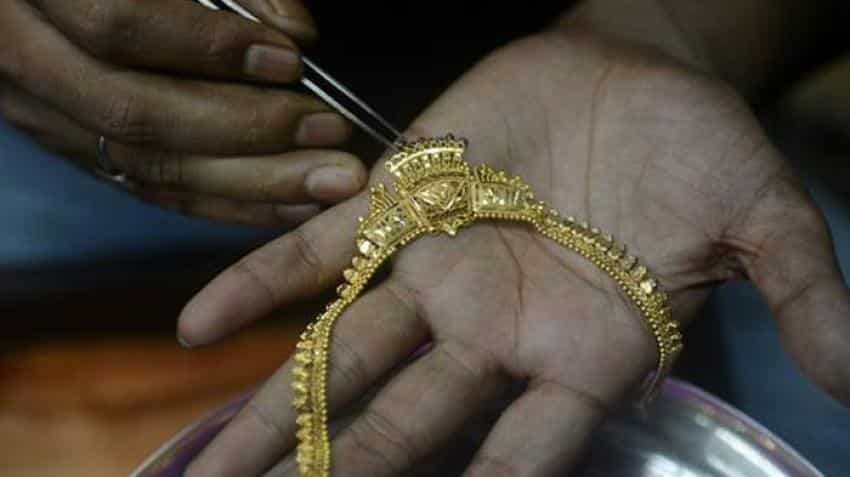 The life of smaller jewellers would become more difficult with likely changes in hallmarking regulations which is likely to become compulsory by June. Image source: PTI

The woes of jewellers are getting worse with many of the banks now refusing to fund any of the industry players in a kneejerk reaction to the Nirav-Choksi scam, Nitin Khandelwal, chairman of All India Gems & Jewellery Trade Federation has alleged. Several banks have just stopped financing even small jewellers, he alleged and demanded that the whole industry shouldn’t be painted with the same brush.

A special category for small jewellers should be created and treated separately by the government and the financial institutions as the non-performing assets level among them is much lower than much bigger entities like Gitanjali group.

“The smaller sized jewellers who were already being asked to shell out 100-125% collaterals are now being denied funding from banks altogether. Banks shouldn’t treat the whole industry as a defaulter,” Khandelwal told DNA Money.

It is the bigger entities like Gitanjali Gems owned by Mehul Choksi, or Nirav Modi, who was a global player in diamonds, are susceptible to frauds leading to huge non-performing assets for the banking sector while the mid-sized and the smaller operators have mostly been honouring their dues to banks, he said.

“The case of Nirav Modi, who worked for only the elite was not even a part of this industry while Gitanjali was a large player. But these cases have forced the banking sector to treat the whole of Indian gems and jewellery sector at par with them,” Khandelwal said.

The banking sector should review their attitude towards this sector and realise that it’s safe to extend loan worth Rs 10,000 crore to thousands of small jewellers rather than just to a single entity, he said. The banks should treat jewellers taking loans of up to Rs 50 crore as a separate class considering their credit history, the chairman of jewellers’ body said.

On the demand size, Khandelwal denied that there has been any major impact but only that consumers are asking more questions like the quality and resale value while making purchases.

“We welcome more queries from customers and our association is spending on educating staff of smaller jewellers accordingly and even preparing guidelines on how to train them,” he said.

The life of smaller jewellers would become more difficult with likely changes in hallmarking regulations which is likely to become compulsory by June.

A major requirement for the new hallmarking norm is the contentious unique identification number or UID, a sort of Aadhar for every piece of ornament created in the country. But unlike humans, shapes and sizes of ornaments changes and norms would require every such change has to be registered again.

“Hallmark would be enough. The requirement of putting in UID at any condition is just not possible and the industry won’t accept it,” Khandelwal said.