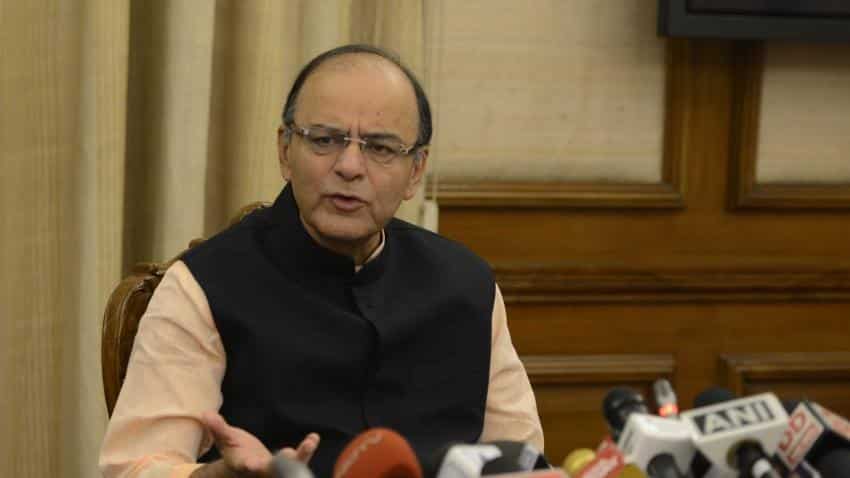 The decision on the Goods and Services Tax (GST) rates, which will have four slabs, will be taken on Wednesday by the GST Council that kicked off its three-day meeting on Tuesday.

On Tuesday, the GST Council reached a consensus on state compensation and the base year will be 2015-16.

The meeting reached at a consensus on the way states would be compensated for any loss of revenue from implementation of the new indirect tax regime from April 1, 2017.

The Finance Ministry has set the November 22 deadline for building consensus on all the issues in the Council for rollout of the new indirect tax regime from April 1, 2017.

Talking to reporters after the end of the first day meeting of GST Council in New Delhi, Finance Minister Arun Jaitley said, "The meeting has arrived at a consensus on definition of revenue to compensate states for their losses due to implementation of GST".

Stating that the input tax credit will be a part of revenue, Jaitley added, "The rate structure should be such that it do not lead to further Consumer Price-based Index (CPI) inflation and both states and Centre can discharge their duties."

"The rate should be revenue-neutral so that there is no need to burden consumers with additional tax," he said.

Jaitley said the rate structure should be such which do not lead to further inflation and both states and Centre have adequate funds to discharge their duties.

He said states getting lower revenue than this would be compensated by the Centre.

He said the decisions in the GST Council meetings have been taken by making consensus on each issue.

"The council has reached a consensus on state compensation and the base year will be 2015-16," said Kerala Finance Minister K M Mani while talking to reporters after the meeting in New Delhi.