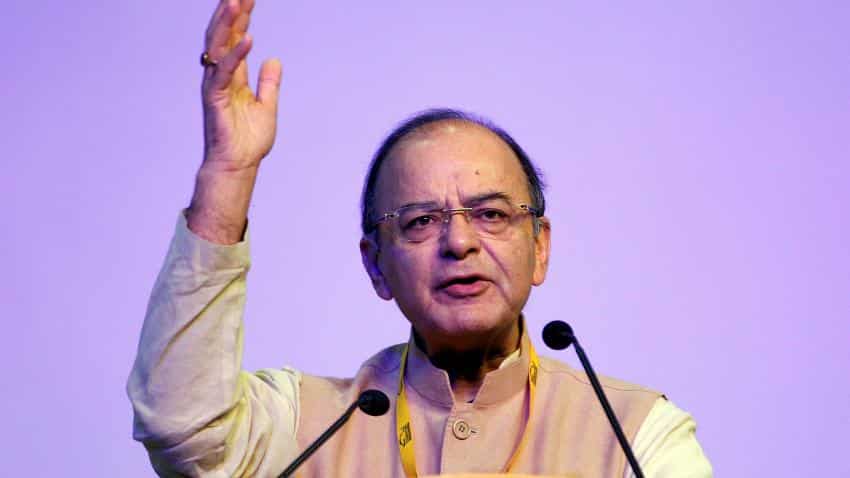 Jaitley further added that cess on luxury and sin goods under GST will be capped at 15%. Image Source: Reuters
Written By: ZeeBiz WebTeam
RELATED NEWS

The Goods and Service Tax Council on Thursday approved the State GST and Union Territory GST laws which were the final two draft laws that needed to be passed.

Speaking in New Delhi at the GST Council meet headed by Finance Minister Arun Jaitley said that July 1 is the tentative date fixed for GST implementation.

Sources from Bloomberg cited that four of these laws need to be approved by federal cabinet and passed by parliament.

The SGST, which will allow states to levy the tax will have to be passed by each state Assembly. The UT-GST will also go to Parliament for approval.

Jaitley further added that cess on luxury and sin goods under GST will be capped at 15%.

Environment cess has been capped at Rs 400 per ton; while luxury cars will attract cess of as much as 15%.

A maximum cess on mineral water and aerated drinks will be at 15%; while a cap on cess on 'pan masala' will be levied at 135%, the governement official said.

The Council will meet again on March 31 to consider rules for GST roll out.

The other three bills -- Integrated GST (IGST), Central GST (CGST) and Compensation bill — had been cleared by the Council in its previous meetings.

CGST will give administrative power to the Centre to levy GST on goods and services after Union levies like excise and service tax are subsumed; while the IGST will be levied on inter-state supplies.

The draft of all five laws will now be sent to the Cabinet for approval and then to the Parliament, which is currently in session, for the final nod.