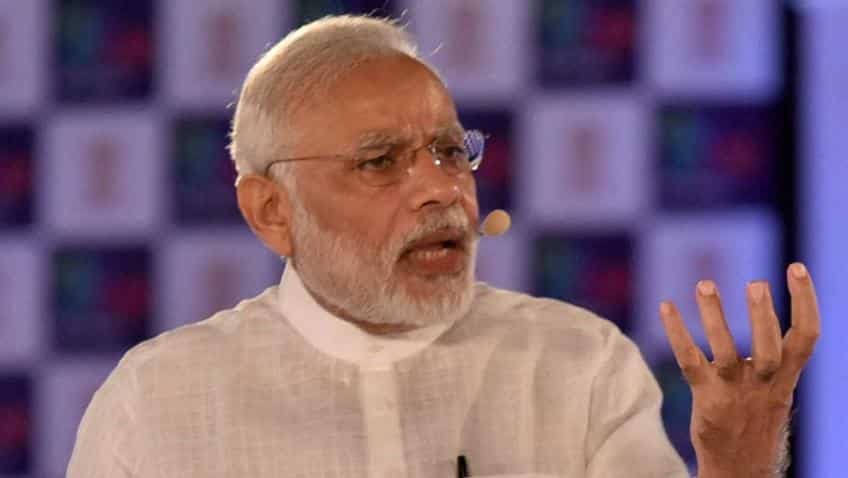 Major tax reform--GST Bill--will be taken up by Lok Sabha on Monday, with virtually all political parties backing this legislation.

GST, the biggest economic reform since 1991, is likely to sail through smoothly in the Lower House. It will replace a raft of different state and local taxes with a single unified value added tax system to turn the country into world's biggest single market.

Prime Minister Narendra Modi is likely to intervene during the debate on the Bill in Lok Sabha.

The Bill was passed by Lok Sabha last year and now it has to go back to the Lower House for incorporating the amendments approved by Rajya Sabha.

Congress leader Jyotiraditya Scindia on Sunday said the party will support GST Constitutional Amendment Bill and has issued whip to all its MPs to be present in the House on Monday where it is scheduled to be taken up for passage.

Aiming for early implementation of the Goods and Services Tax (GST), senior Union ministers have spoken to chief ministers of NDA-ruled states to ensure that the constitutional amendment is ratified by state assemblies at the earliest.

The chief ministers have assured that, if required, they will call a special session for the passage of the Bill in their state assemblies.

The GST Bill has to be ratified by at least 16 states in 30 days after it is passed by Parliament.

After facing fierce opposition over the Bill for almost a year, the government succeeded in bringing all major opposition parties, including Congress, on board and it was passed in the Upper House with an overwhelming majority on August 3.

The Constitution (122nd Amendment) Bill, 2014, that would lay the ground for roll out of GST regime, was passed by the opposition-dominated Upper House after the government moved four amendments.

Once implemented, GST will subsume various taxes, including excise, services tax, octroi and other levies, and the proceeds will be shared between the Centre and the states.

Under the new GST regime goods would be taxed at the point of consumption, instead of the goods being taxed multiple times at different rates.

The GST, which was first proposed a decade back, is seen as potentially transformative for India's economy, adding as much as 2% points to the GDP while also improving the ease of doing business and encourage investment in manufacturing.

It is also expected to result in greater tax compliance, boosting government revenues.