The government has listed the bill for the next week's legislative business in the lower house. 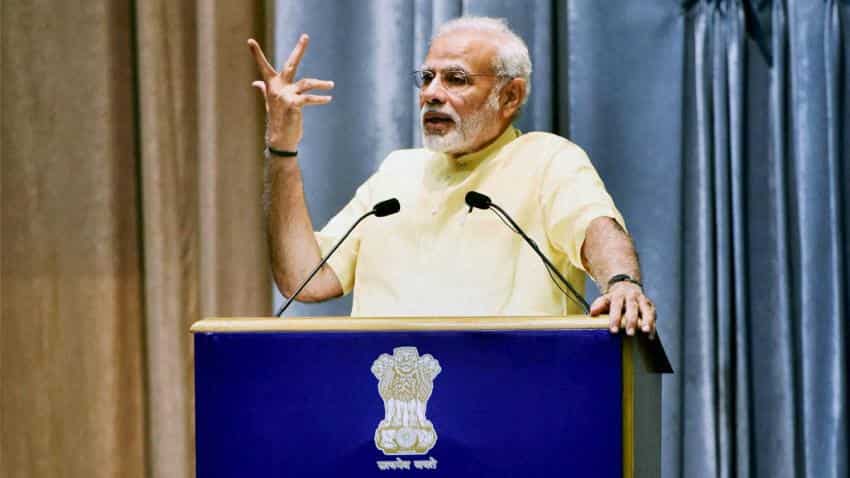 The government is all set to table the amended GST bill in Lok Sabha for passage on Monday with Prime Minister Narendra Modi likely to intervene in the debate.

The government has listed the bill for the next week's legislative business in the lower house.

The ruling Bharatiya Janata Party (BJP) has also issued a whip asking its members to be present in the house.

"The party whip has been issued for our MPs to be present in the house on Monday, August 8. The GST bill is likely to be taken up for consideration," a party source told IANS here.

The Prime Minister, who was under attack by the Opposition parties, especially the Congress, for his absence during the passage of the bill in the Rajya Sabha, is likely to intervene in the Lok Sabha, sources said.

The Rajya Sabha had on Wednesday unanimously passed the bill with amendments to enable consensus on the measure. The bill, which had previously been passed by the Lok Sabha, is now to go back to the lower house, where it is likely to get the nod easily as the BJP-led National Democratic Alliance (NDA) has adequate numbers there.

Targeting Modi for not being present in either house of parliament when the GST bill was taken up, the Congress had said on Thursday that it was for the first time in independent India that a constitutional amendment bill was discussed, debated and passed without the Prime Minister being present.