Last week, the Union Cabinet had cleared the changes in the Bill by dropping 1% additional tax on inter-state sales as proposed in the Bill. 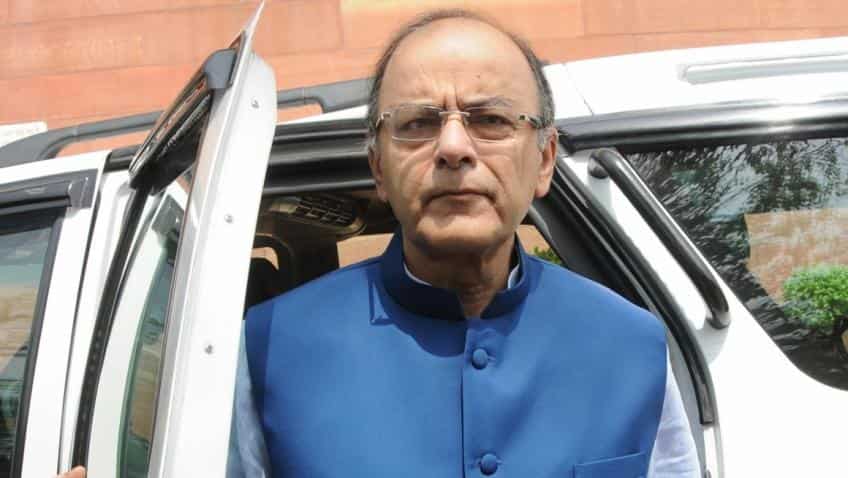 According to the Kotak Mahindra report, the impact of GST may not be seen on short term. Photo: IANS
Written By: Hitisha Jain
RELATED NEWS

The much-awaited Goods and Service Tax (GST) Bill is set to be tabled today in Rajya Sabha. After many proposed changes, several regional parties have cleared the way for the passage of the Bill.

Last week, the Union Cabinet had cleared the changes in the Bill by dropping 1% additional tax on inter-state sales as proposed in the Bill. Congress had indicated its acceptance of government proposal.

Once the Bill is passed, it is expected to positively impact the sectors like automobiles, consumer durables, pharmaceuticals, Kotak Mahindra said in a report titled "Economy: GST: Godot is on his way".

Suvodeep Rakshit of Kotak Mahindra said that in case the GST Council puts UVs in the ‘standard’ category (instead of ‘high’ rate of 40%), there could be significant benefits to the automobiles sector.

Commenting on the impact of GST,  Bajaj Auto informed Kotak Mahindra that the overall tax rate on two-wheeler industry could come down to 18% of ex-showroom price from 24% depending on the actual GST rate.

Under the SUVs/cars segment, talking about the impact of GST on companies' portfolio, Maruti Suzuki said that assuming 40% GST rate, the prices of mid-sized vehicles are likely to increase by 6%. "Weighted average price benefit on company's product portfolio is  5%. The prices of small cars/SUVs would come down by around 7%".

While, Mahindra & Mahindra said that the prices of large SUVs/cars and tractors will remain largely unchanged assuming 40% and 12% GST rate on large vehicles and tractors respectively.

Looking at the "Neutral" impact of GST, pharma major, Cipla said that the domestic formulations may have a minor, positive impact due to streamlining of distribution. However, this will likely be offset by higher GST rates on various services.

"Consumer durables could also see benefits as overall tax rates fall. The gains to the consumer sector could also be derived through a pan-India market, which can help lower logistics and warehousing costs", Rakshit said.

Asian Paints and Hindustan Unilever believed to have a positive impact of GST Bill on their respective companies. The companies said that the overall tax incidence may come down if GST rate is fixed at 18%. The benefits would also accrue from improved competitive positioning versus the unorganized segment and some logistics cost savings.

Moreover, FMCG major, ITC said that passage of GST Bill will have "Neutral" impact on the company's revenue. "Revenue-neutral rate is around 70%. In a scenario where central excise continues and state VAT (around 26% weighted average at this point) goes up to sin tax rate of 40%, we expect central excise rates to be cut. Centre will still remain revenue neutral as there would not be any excise collection sharing with the states under GST". 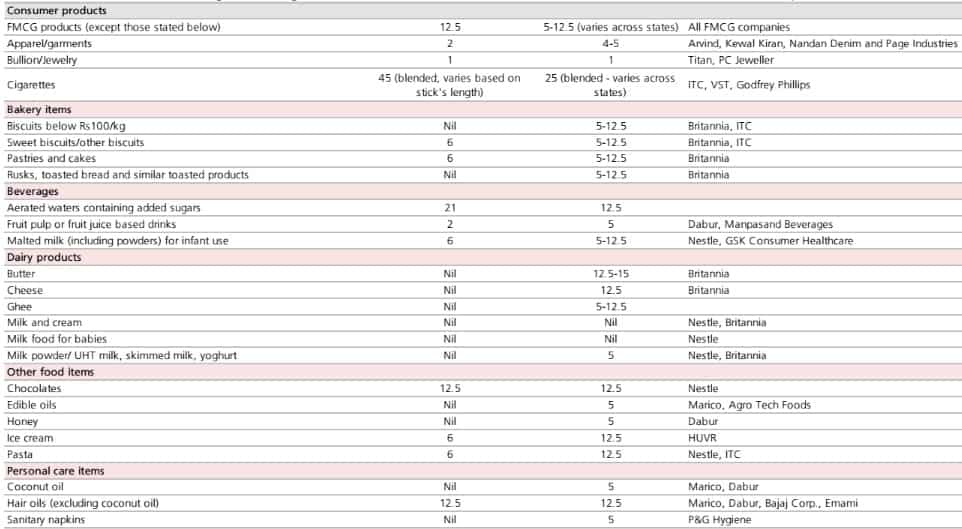 According to the Kotak Mahindra report, the impact of GST may not be seen on short term. But, in the medium and long term, the reforms like company-specific advantages through lower costs, simpler tax rules, and advantages over the informal sector will play a key role.

Further, the report suggested that the higher services tax rate may increase CPI inflation by 30-40bps with 14% of the CPI basket.

"The impact on food products and, in general, other goods will remain uncertain until the GST Council decides on exemption on goods. We expect marginal impact on inflation".