Faced with  barrage  of attack from the Congress over the Rs 12,700 crore fraud at Punjab National Bank, the ruling BJP had earlier this month accused P Chidambaram of aiding jewellers Mehul Choksi and Nirav Modi 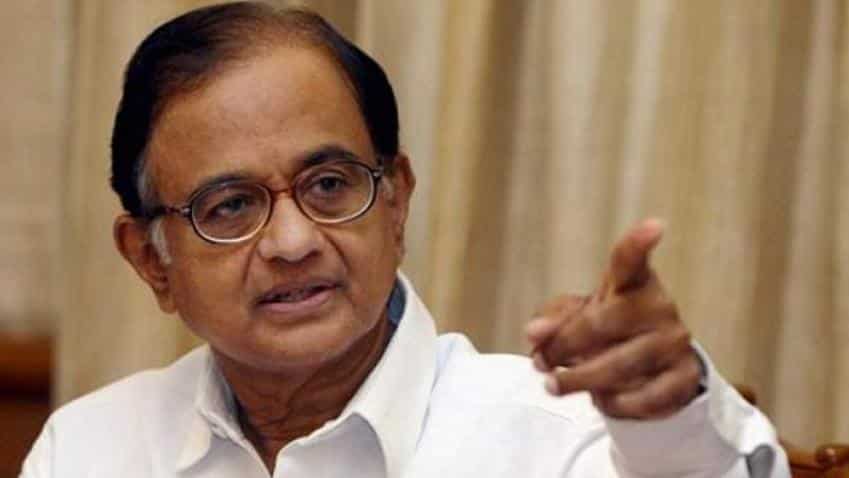 The government will definitely examine the circumstances "as to why private parties PTHs/STHs were benefitted by being allowed to import gold under 20:80 scheme by the previous government. Image source: PTI
Written By: PTI
RELATED NEWS

Stepping up the heat on former finance minister P Chidambaram, the government today said it will take action against the persons who relaxed gold import norms for private trading houses during the dying days of the UPA regime resulting in a windfall of Rs 4,500 crore to 13 such entities in just six months. Faced with barrage of attack from the Congress over the Rs 12,700 crore fraud at Punjab National Bank, the ruling BJP had earlier this month accused Chidambaram of aiding jewellers Mehul Choksi and Nirav Modi -- main accused in the country's biggest bank fraud case -- through an 80:20 gold import scheme.

Without naming any of the jewellers who may have benefited from the scheme, the government said in a statement that it had taken the "bold" step to scrap the scheme within months of coming to power to end all discrimination in the favour of private gold importers. It said the scheme had increased the shipments of gold into the country and put pressure on current account deficit in 2012-13. This resulted in placing of restrictions on imports including by way of higher customs duty.

These were in July/August 2013 modified into 20:30 scheme wherein only banks and PSUs like MMTC and STC were allowed to import gold if only a fifth of it is exported. "However, from May 21, 2014, the Premier Trading Houses and Star Trading Houses were also allowed to import gold under 20:80 scheme," the statement said, referring to Chidambaram's decision to allow even private traders to import under the scheme.

"The then Finance Minister approved the modified scheme on May 13, 2014, even though the model code of conduct was in place since March 5, 2014 with the announcement of the Lok Sabha Polls, and the counting was due on May 16, 2014," said a statement by the Commerce Ministry. It said there was a shortage of gold for domestic use and a premium of between USD 100 to USD 150 per ounce (about Rs 2 lakh per kg) was being charged.

"Allowing private companies like PTHs and STHs to import gold provided these agencies an opportunity of windfall gain, as the benefit of the high premium on gold could now be availed of by these agencies," the government said. The statement referred to a CAG report that put gold imported by 13 trading houses during June 2014 to November 2014 at 282.77 tones, "which means a windfall gain of about Rs 4,500 crore to these agencies during this period, assuming a premium of Rs 2 lakh per kg and 80 per cent of imported gold supplied to domestic market earning the premium".

It further said: "Even the export obligations were being met through export of plain jewellery, viz., bangles and chains, which were re-melted in offshore locations through front/ shell companies for the purpose of re-import." Stating that the increase in gold import had disproportionately benefited the STH/PTHs whose imports shot up by 320 per cent, the government said, "this benefit stemmed from a de facto discrimination in their favour because of expanded 20:30 scheme privileged these STHs/PTHs".

The government will definitely examine the circumstances "as to why private parties PTHs/STHs were benefitted by being allowed to import gold under 20:80 scheme by the previous government when the Government was in transition and will take necessary action against the persons involved", the statement said.
It went on to state that the advantage to the STHs/PTHs extended in May 2014 was unfair and "the new government took a bold decision of ending the discrimination and liberalising the import and scrapped the 20:80 scheme altogether on November 28, 2014". On a written reply given in Parliament on August 13, 2014, the government said the reply to the question on 'institutionalisation of bullion trade' was "factual in nature stating various measures taken."
"The 20:80 scheme was one such measure. As can be seen from the reply, no view on the merit of the scheme or otherwise has been indicated. The allegation of justification for the scheme or allowing PTHs/STHs are completely erroneous," it said. "The review of the scheme by the government was undergoing and a decision to abolish the scheme was taken in November 2014."

Justifying the abolition, the statement said after the move CAG pointed out that the average monthly import of gold declined to 71.50 tons between December 2014 to March 2015 from a high of 92.16 tones during June 2014 to November 2014 when PTHs/STHs were allowed under 20:80 scheme.
"It was merely 33.60 tons per month under 20:80 during August 2013 to May 2014 before PTH/STHs were allowed in May 2014," the statement said. "Thus, it is clear that abolition of 20:80 scheme eliminated undue advantage to PTHs/STHs and import of gold was reduced."