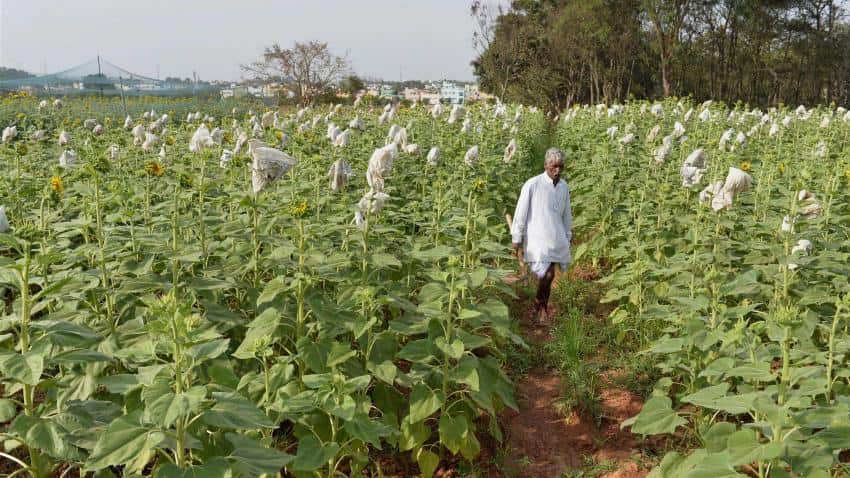 States will procure crops (except wheat and paddy) at the MSP, as notified by the Government of India, if prices fall below it. Image source: PTI
Written By: PTI

The government is planning to launch 'Market Assurance Scheme' with a corpus fund of Rs 500 crore under which states will procure crops if prices fall below the minimum support price (MSP), according to sources.

The proposed scheme will strengthen procurement and ensure farmers do not suffer from marketing inefficiencies.

A concept paper in this regard has been finalised by the agriculture ministry in consultation with states and union territories (UTs), they said.

As per the proposal, the ownership of the Market Assurance Scheme (MAS), including the decision to procure at MSP, and its actual operation will be vested with states.

States will procure crops (except wheat and paddy) at the MSP, as notified by the Government of India, if prices fall below it.

Keeping in view the limitation of financial resources with states and procuring agencies, the government is planning to initially create a central corpus fund of Rs 500 crore for providing interest free advances towards working capital to states to enable them make revolving fund at state level.

States will decide when to begin procurement and enter the market and start procurement through their own public sector agencies or through other empanelled or authorised private agencies or central procuring agencies.

States will be responsible to deal with and dispose of the procured commodities in an appropriate manner.

However, losses if any incurred in these operations by the states will be compensated by the central government up to a maximum value of 40 per cent of the MSP.

The centre has estimated that compensation support of up to a maximum 30 per cent would be adequate to cover the losses sustained, if any, and serve as an incentive to states on the new scheme.

In case of northeast and Himalayan states, this compensation threshold would be raised to 40 per cent to account for higher constraints of infrastructure and operations.

At present, rice and wheat are procured at MSP by FCI and state agencies. When prices of other crops fall below MSP, the government operationalises the Price Support Scheme (PSS) under which funds are given to states for procurement at a support price. There is also a price stabilisation fund which is used to create buffer stock of pulses.