Govt may approve one more PSU bank consolidation by March

Now, the Finance Ministry is looking to replicate the model in the case of other state-run banks so that they reach critical mass to compete with global peers. 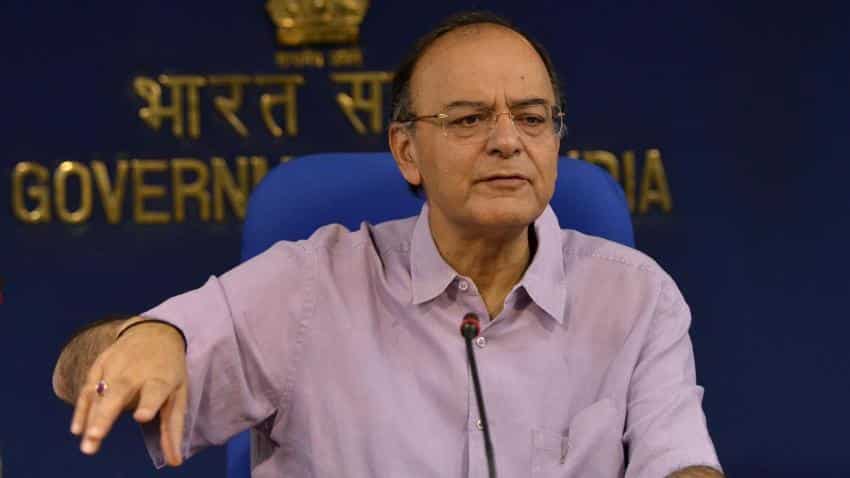 Enthused by the success of SBI merger, the Finance Ministry is considering clearing another such proposal in the public sector banking space by this fiscal end with a goal to create 4-5 global sized lenders.

Five associate banks and Bharatiya Mahila Bank became part of SBI on April 1, 2017, catapulting the country?s largest lender to among the top 50 banks in the world.

Now, the Finance Ministry is looking to replicate the model in the case of other state-run banks so that they reach critical mass to compete with global peers.

"Consolidation is a must...But decision in this regard would be based on commercially prudent parameters. If the NPA situation gets better, there could be one more merger towards the end of this fiscal," a senior official told PTI.

Toxic loans of public sector banks rose by over Rs 1 lakh crore to Rs 6.06 lakh crore during April-December of 2016-17, the bulk of which came from power, steel, road infrastructure and textile sectors.

Finance Minister Arun Jaitley has on several occasions said India needs 5-6 banks of global size and scale and further consolidation in the banking sector will be done at the appropriate time.

Whenever consolidation happens, it takes into consideration interest of all stakeholders including employees and shareholders, the official said, adding it has to be a win-win for all parties.

A balancing act has to be done before any merger is given clearance by various authorities and regulators, the official added.

The future merger proposals in the banking sector will also require clearance from the Competition Commission of India (CCI) to see if the merged entity is going to create a monopoly.

In the last consolidation drive that saw the light of day in April, CCI nod was needed only in the case of merger of the Bharatiya Mahila Bank (BMB) with SBI. There was no such requirement for merger of associate banks with SBI as they were part of the parent.

The Finance Ministry has sought help of the government think-tank NITI Aayog and global consultancy firms to examine the possibility of next round of consolidation of PSU banks with an aim to create a few lenders of global size and scale.

NITI Aayog's report is expected to set tone of the roadmap for consolidation in the future.

There are factors like regional balance, geographical reach, financial burden and smooth human resource transition that have to be looked into while taking a merger decision, the official said.

The official added that there should not be merger of a very weak bank with a strong bank "as it could pull the latter down".

"There are some low-hanging fruits. Big lenders like Bank of Baroda can take over some turnaround banks in the southern region such as Indian Overseas Bank. Dena Bank could be merged with some large South Indian bank," the official explained.

Five associates and BMB became part of SBI on April 1, 2017, catapulting the country?s largest lender to among the top 50 banks in the world.

With the merger, the total customer base of the SBI reached around 37 crore with a branch network of around 24,000 and nearly 59,000 ATMs across the country. The merged entity began operation with deposit base of more than Rs 26 lakh crore and advances of Rs 18.50 lakh crore.

The government in February had approved the merger of these five associate banks with SBI. Later in March, the cabinet approved merger of BMB as well. SBI first merged State Bank of Saurashtra with itself in 2008. Two years later, State Bank of Indore was merged with it.