Govt approves ratification of the Paris Agreement on Gandhi Jayanti 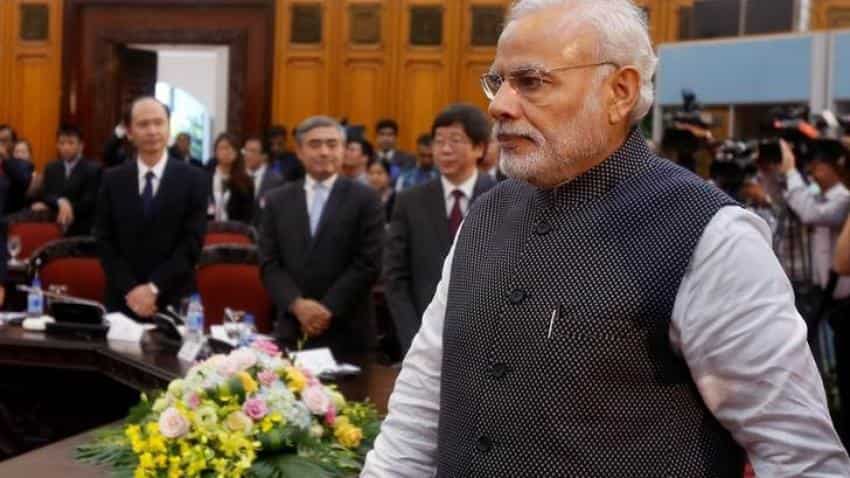 India’s decision to ratify the agreement will take the number of cumulative level of emission of countries that have ratified the agreement so far to 51.89%. Prime Minister Narendra Modi. Image Source: Reuters
Written By: ZeeBiz WebTeam
RELATED NEWS

The Union Cabinet has given its approval to ratify the Paris Agreement (on Climate Change) on October 2, 2016, the day of Gandhi Jayanti.

While agreeing to ratify the Paris Agreement, the Cabinet decided that India should declare the following; that India will treat its national laws, its development agenda, availability of means of implementation, its assessment of global commitment to combating climate change, and predictable and affordable access to cleaner source of energy as the context in which the Agreement is ratified.

India’s decision to ratify the agreement will take the number of cumulative level of emission of countries that have ratified the agreement so far to 51.89%, the government stated.

A total of 191 countries have signed to the Paris Agreement so far.

“As per the provisions of the Paris Agreement, the treaty will come into force as and when 55 countries contributing to 55 % of total global emission ratify the agreement. So far, 61 countries have deposited their instruments of ratification, acceptance or approval accounting in total for 47.79% of the total global greenhouse gas emissions,” government said.

Officials stated that the agreement is expected to come into force soon.

“With its decision to ratify the Agreement, India will be one of the key countries that will be instrumental in bringing the Paris Agreement into force. Given the critical role that India played in securing international consensus on Paris Agreement, today’s decision will further underline India’s responsive leadership in the community of nations committed to global cause of environmental protection and climate justice,” the government stated.

The Paris Agreement pertains to post-2020 climate actions. In the pre-2020 period, developed countries are to act as per Kyoto Protocol and some developing countries have taken voluntary pledges.