Government is working to reduce dependency on import from oil, gas: Dharmendra Pradhan

In February, 2019, the government approved major reforms in exploration and licensing policy to enhance exploration activities, attract domestic and foreign investment in unexplored/unallocated areas of sedimentary basins and accelerate domestic production of oil and gas from existing fields, Pradhan said. 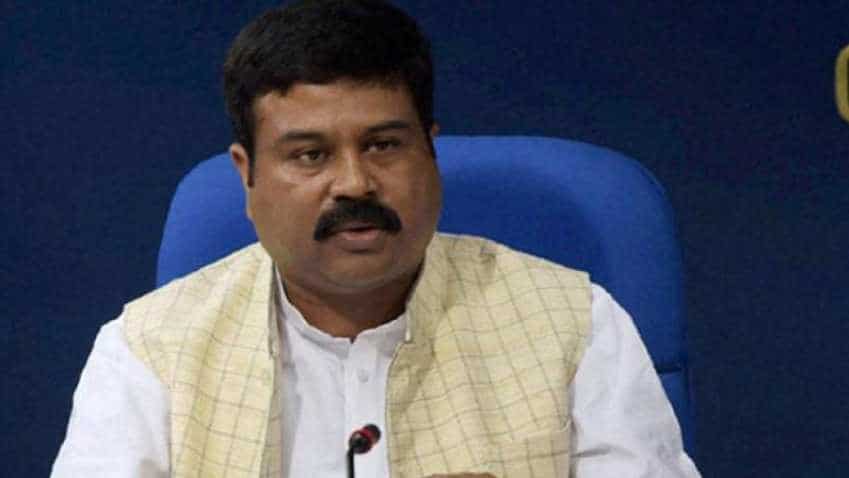 Petroleum Ministry is working in collaboration with various Central government ministries to achieve the goal to reduce the dependency on import from oil and gas, said a government report, adding that it has also evolved a five-pronged strategy in this context. Petroleum and Natural Gas Minister Dharmendra Pradhan gave this information to the Rajya Sabha today, in a written reply. Other highlights of his statement are:

2. Dharmendra Pradhan stated that the government has taken several steps to enhance exploration and production of oil and gas in the country. The steps include Policy for Relaxations, Extensions and Clarifications under Production Sharing Contract (PSC) regime for early monetization of hydrocarbon discoveries, Discovered Small Field Policy, Hydrocarbon Exploration and Licensing Policy, Policy for Extension of Production Sharing Contracts, Policy for early monetization of Coal Bed Methane.

4. In February, 2019, the government approved major reforms in exploration and licensing policy to enhance exploration activities, attract domestic and foreign investment in unexplored/unallocated areas of sedimentary basins and accelerate domestic production of oil and gas from existing fields, Pradhan said.

6. He said the government is also promoting the usage of environment friendly transportation fuel, i.e. CNG by expanding the coverage of City Gas Distribution (CGD) network in the country, adding that government has also taken a number of initiatives to encourage the use of alternative fuels like ethanol and bio-diesel through Ethanol Blending in Petrol (EBP) Programme and Bio-diesel blending in diesel.

7. To promote use of compressed bio gas, government has launched Sustainable Alternative Towards Affordable Transportation (SATAT) on October 1, 2018. Government has also formulated a National Bio Fuel Policy 2018 to boost availability of biofuels in country. Currently, such poor households which don’t have LPG connections are provided with the connection under Pradhan Mantri Ujjwala Yojana (PMUY), subject to fulfilling terms and conditions of the Scheme, he said, adding that so far, more than 7.29 crore connections are released against the target of 8 crore.