Government gets Rs 17,000 cr from CPSE ETF follow on offer

The government had hit the markets with the fourth tranche of CPSE ETF on November 27. Anchor investors had put in bids worth Rs 13,300 crore, which was 5.5 times the shares reserved for them, on the first day of the issue. 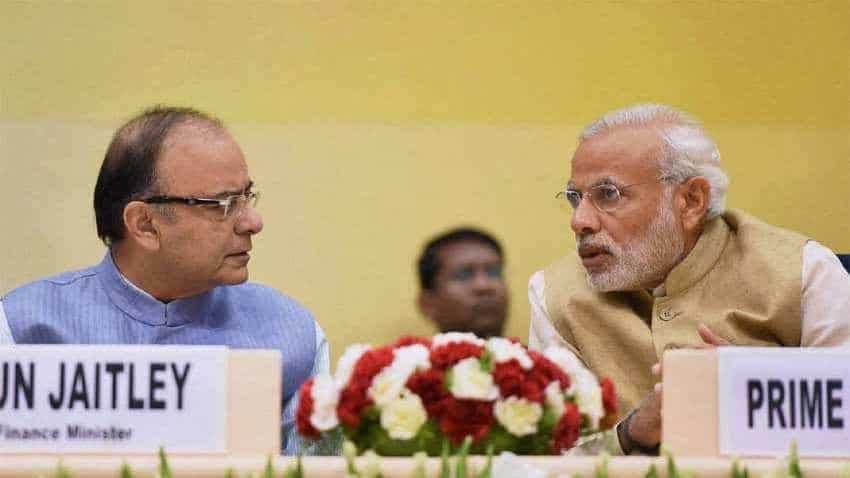 CPSE ETF was set up in 2014 and the government has so far sold stake in the basket through three tranches, Image source: Zee Business
Written By: PTI
RELATED NEWS

The government has garnered more than Rs 17,000 crore from the CPSE ETF follow on offer, the biggest ever fund raising from an exchange traded fund domestically.

The offer attracted around Rs 27,300 crore worth of bids from FPIs, domestic institutions and retail investors in the follow on fund offer (FFO) of CPSE ETF, which closed Friday.

The CPSE ETF had a base issue size of Rs 8,000 crore, with a green-shoe option to retain additional subscription of Rs 6,000 crore. The total issue size was Rs 14,000 crore.

The government had hit the markets with the fourth tranche of CPSE ETF on November 27. Anchor investors had put in bids worth Rs 13,300 crore, which was 5.5 times the shares reserved for them, on the first day of the issue.

"We will retain a little over Rs 17,000 crore from the CPSE ETF FFO," an official told PTI.

The FFO of CPSE ETF received subscription worth Rs 27,300 crore and total application received was 1.25 lakh till 1700 hours.

Provident fund body EPFO have put in about Rs 1,500 crore worth bids for the ETF FFO, the official said.

Although the planned issue size was Rs 14,000 crore, the government decided to retain over-subscription to the extent of Rs 17,000 crore.

The official said there was scope for retaining more over-subscription, but that could have meant that government stake in some CPSEs falling to 53 per cent.

"The Rs 17,000 crore raised from disinvestment is also the largest ever equity fund offering through ETF in India," Reliance Mutual Fund ED & CEO Sundeep Sikka said in a statement.

NTPC, SJVN, NLC and NBCC are the new entrants in the ETF basket.

The government has mopped up over Rs 15,000 crore so far this fiscal through PSU disinvestment, which includes about Rs 5,300 crore from Coal India share sale, Rs 1,700 crore from IPOs of four PSUs -- RITES, IRCON, MIDHANI and Garden Reach Shipbuilders.

The budgeted target from PSU disinvestment is Rs 80,000 crore for the current fiscal.